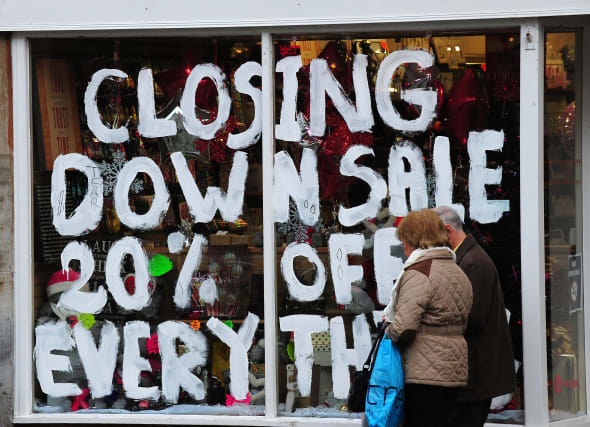 A 2.5% drop in the number of private firms in Scotland “spells trouble” for both the economy and local communities, ministers have been warned.

However, the number of businesses that are registered for both VAT and PAYE also decreased in the last 12 months, dropping by 105 to stand at 176,295.

That marked the first reduction in the number of private registered businesses since 2011, Scottish Government figures showed.

Almost all of the 345,915 private firms operating in Scotland were classed as small businesses, having up to 49 employees – with 98.2% of companies coming into this category.

Small and medium-sized firms provided an estimated 1.2 million jobs across Scotland, according to the report, with the Federation of Small Businesses (FSB) describing these companies as a vital part of the “fabric of Scotland”.

To help these companies, the FSB called for a business regime that “recognises the difference between multinationals and family firms” but also said there should be a Brexit deal which benefits small companies.

FSB Scotland policy chair Andrew MacRae warned: “A decline in the number of Scottish businesses spells trouble for our ambitions for our economy and our local communities.”

He added: “To tackle this problem, we need to see more people in Scotland choose to start up in business and develop a business environment which helps local firms thrive.

“In the short term, we need to see a Brexit deal which works for smaller firms, not just key sectoral interests, and a Scottish budget which puts enterprise at its heart.

“In the long term, we need a stronger start-up culture, as well as tax and regulatory systems which recognise the difference between multinationals and family firms.”

He stated: “These figures also underline just how important smaller businesses to the fabric of Scotland.

“There are roughly three times as many Scots employed by these operators than work in the NHS and our local authorities combined. By giving smaller businesses the best chance to succeed, we can boost prospects for the country as a whole.”