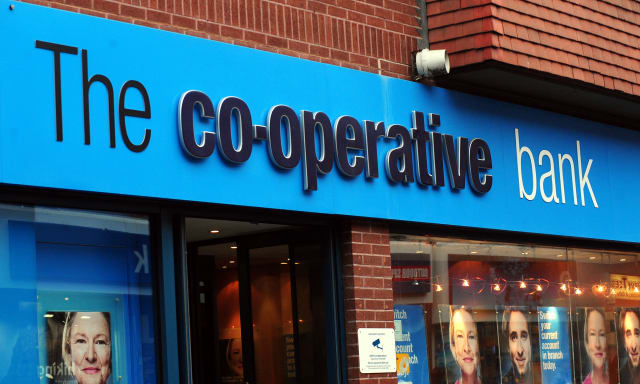 The Co-op Bank narrowed losses for the first nine months of the year, as the lender continues along the road to recovery since striking a rescue deal with hedge funds last year.

Pre-tax losses came in at £87 million in the period, a £20.7 million improvement compared to the £107.7 million loss it booked in the same period last year.

The group benefited from lower costs as it also posted an operating profit of £14.3 million, which is £39.6 million better than in 2017.

Operating costs were down 14%, driven by a “continued focus” on efficiency, as well as an improvement in its net interest margin.

Chief executive Andrew Bester, who joined the firm in July, said: “This is the first time the bank has published a quarterly update since quarter three 2016 following the recapitalisation in September 2017.

“The bank has had a positive third quarter, and despite continued competition in the market, our mortgage originations have remained strong with the highest quarter of completions in five years.”

The bank said it is on course to exceed the £3.2 billion of mortgage completions recorded in 2017.

Last year, the Co-op Bank pushed through a £700 million deal that saved the troubled lender from a potential collapse.

The refinancing and restructuring package agreed to by the Co-op Bank’s hedge fund investors – which include Silver Point Capital, GoldenTree, Anchorage Capital, Blue Mountain and Cyrus Capital – saw the bank effectively sever its historic relationship with the Co-operative Group and separate itself from the wider mutual’s pension scheme.

The rescue package gives Co-op Bank the ability to meet regulations on long-term capital requirements, avoid it being wound down and allow it to continue as a stand-alone lender.

However, the bank has been stung by a string of executive departures since the rescue.

Finance chief Tom Woods announced in August he plans to step down after less than one year in the role.

Mr Wood became the bank’s third finance chief in two years when he joined the bank in September 2017, replacing John Worth.

It marked the third major departure among Co-op Bank’s top brass this year, having first seen chairman Dennis Holt leave to be replaced by Paragon’s boss Bob Dench in the spring.

A few months later, the lender announced the departure of chief executive Liam Coleman after just a year-and-a-half in the role.