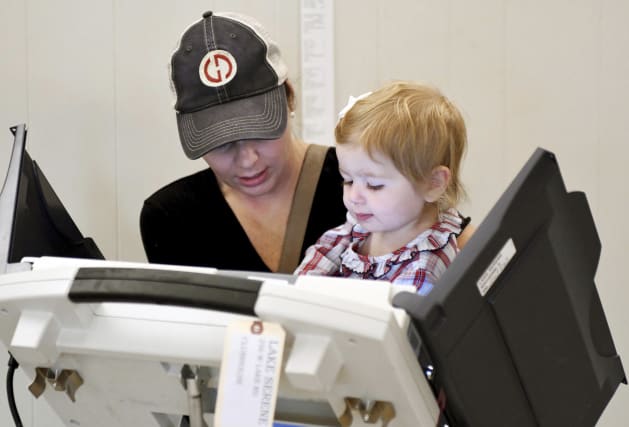 The US is voting in midterm elections billed by some as among the most important in history. Here are five things to emerge so far.

Encouraging start for the Democrats

In one of the first results to emerge Democrat Jennifer Wexton, who served as a senator, took Virginia’s 10th congressional district from Republican incumbent representative Barbara Comstock. Former president Barack Obama made a surprise appearance in Virginia the day before voting began to show support for the blue congressional hopeful.

History made early on?

According to reports Democratic candidate Rashida Tlaib has become the first Muslim woman to be elected to Congress. She is said to have been comfortably installed as representative of Michigan’s 13th District, which was held by Democrat John Conyers until his resignation earlier this year over sexual harassment allegations.

Queuing patiently could make all the difference

Voters were urged to stay in their queues amid reports of technical malfunctions with machines leading to long lines at polling stations in several states. Former presidential candidate Hillary Clinton said it was still possible to cast a ballot if they were in line when stations closed.

A former death row inmate who spent 30 years behind bars for a crime he did not commit cast his vote on Tuesday. Anthony Ray Hinton was wrongfully convicted of murdering two fast food workers in Alabama in 1985 before being freed in 2015.

All quiet from Donald Trump – for now

The famously Twitter-happy president is yet to comment on the first results of the night. On his final day of campaigning Mr Trump declared: “Everything we have achieved is at stake.”