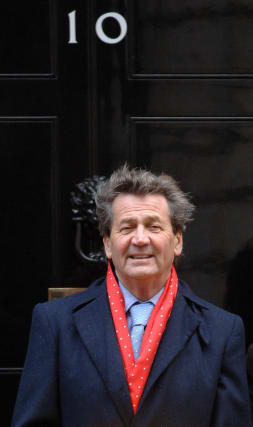 A divorce court judge has drawn the 44-year-marriage of broadcaster and writer Lord Bragg and his wife Catherine Haste to a close.

Judge Anne Hudd granted a decree nisi at a 50-second hearing in the Central Family Court in London on Thursday.

The pair were listed as Catherine Haste and Melvyn Bragg on court papers.

Neither was at the hearing.

Paperwork showed that their marriage was solemnised at a register office in Hampstead, north-west London, in December 1973.

Lord Bragg’s wife had petitioned for divorce on the grounds of “two years’ separation by consent”.

The 79-year-old Labour peer, who comes from Wigton, Cumbria, and presented The South Bank Show, had consented to divorce on the grounds that the marriage had “broken down irretrievably”.

Papers said the marriage would be dissolved when a decree absolute was granted.