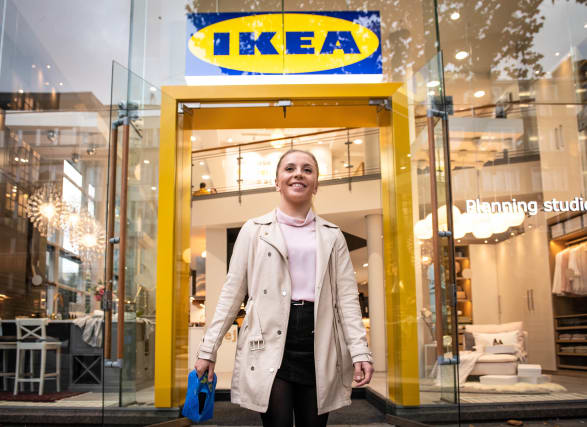 The Swedish retailer said UK sales in the year to August 31 grew 5.9% to £1.96 billion, as 59.8 million customers walked through its doors.

However, boss Javier Quinones pointed to a “tough economic environment”.

He said: “Whilst we’re pleased with our performance, we recognise that a challenging retail and economic environment means we need to continue to respond to our customers’ needs and invest in an Ikea that is here for people, whenever and wherever they need us.

“In a tough economic environment, our homes provide a sanctuary and we know that consumers continue to update them with soft furnishings, textiles and decorations.”

The comments come amid a decline in housing market activity, which usually has a knock-on effect for retailers specialising in home furnishings and DIY products.

In previous economic downturns, consumers have opted to redecorate their existing homes.

The retailer opened two new stores in Sheffield and Exeter, taking its tally to 21 in the UK, and is set to open an outlet in Greenwich in spring 2019.

Ikea has also this year announced the opening of its “Planning Studio” on Tottenham Court Road, central London, the first step in what it describes as a “city centre approach”.

However, in May the group ditched plans to build a store near Chorley amid uncertainty on the British high street as retailers are hammered with soaring costs.

Mr Quinones said: “Our stores will always be an important part of the Ikea brand when it comes to inspiration.

“However, we know that the role of the store is changing. People want to shop in a number of different ways and count on brands to offer them services that reflect the way they live.”