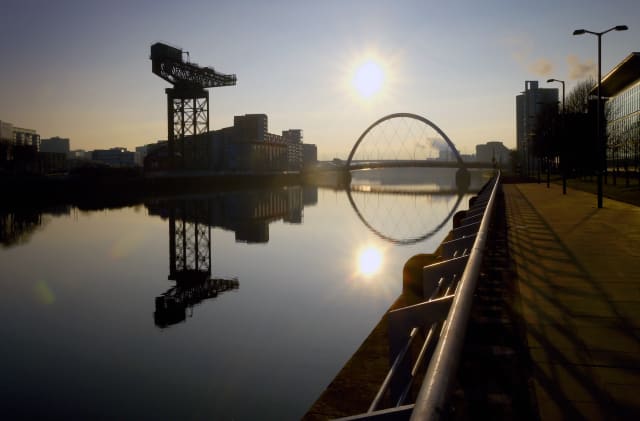 Channel 4’s decision to open a creative hub in Glasgow has been described as “fantastic news” for Scotland by the First Minister.

The city was chosen alongside Bristol as a base for one of the two centres, while Leeds was chosen as the broadcaster’s new national HQ.

It will see 50 jobs brought to the new premises in Glasgow with a focus on programme commissioning, but will bring in a broader talent base later on.

Nicola Sturgeon said: “Channel 4’s announcement that Glasgow will host one of its new creative hubs is fantastic news for Scotland’s screen sector and creative industries.

“The enthusiasm, excitement and support behind Glasgow’s successful bid for the hub is testament to the city’s thriving creative community, as well as Stuart Cosgrove and Glasgow City Council’s tireless work to attract this new investment from Channel 4 to Glasgow.

“As home to one of the most vibrant cultural scenes in Scotland, BBC Scotland, STV and more than 120 production companies – I am pleased Channel 4 has recognised Glasgow is the ideal location for one of their new hubs.

“I look forward to seeing plans for the new base in Glasgow develop.”

The move will be part of the biggest change to the structure of the channel in its 35-year history, even though it will keep its base on Horseferry Road in London.

Leeds fended off competition from Greater Manchester and Birmingham to host the new base, while Cardiff was also in contention to host a creative hub.

“Along with investment in the new BBC Scotland channel, it’s clear that Scotland has an opportunity to build a reputation for high quality TV and film production.”

He added: “The next step is the Scottish Government and their agencies stepping up to the plate to deliver the studio capacity and support the screen sector needs to take full advantage of these investments.”

Channel 4 announced its intention to move staff out of London to three new bases in the nations and regions after the UK Government said the broadcaster will remain publicly owned, but faced being relocated.

Alex Mahon, chief executive of the broadcaster, said: “Glasgow has a well-established production sector across multiple genres, and locating a creative hub in the city will give Channel 4 the opportunity to tap into the rich cultural diversity of Scotland and also allow us to exploit the city’s strong connectivity with Belfast and the Northern Ireland production sector.”