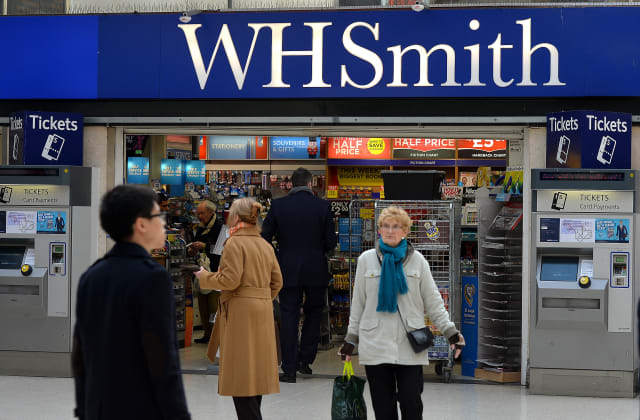 Retailer WH Smith has struck a deal to double the size of its burgeoning international travel business by snapping up a US airport-based retail giant.

The group has agreed to buy US digital accessories retailer InMotion for 198 million US dollars (£155 million).

InMotion is the largest airport-based digital accessories retailer in North America, with 750 staff and 114 stores across 43 airports in the US.

It specialises in accessories targeted at travellers, such as headphones, phone chargers and GoPro action cameras.

WH Smith said it hopes to use the deal to expand its retail base further across the US – the world’s largest travel retail market – while also looking to grow the InMotion format outside of America.

Group chief executive Stephen Clarke said: “The acquisition of InMotion is an exciting value creation opportunity for the WH Smith group and marks a major step in our international travel retail growth strategy.”

He added: “In addition, InMotion provides us with a scalable platform to launch the WH Smith airport format into the US, the world’s largest travel retail market for news, books and convenience products.

“Finally, building on our recent successes in the digital accessories category in the UK and on InMotion’s supplier relationships and experience, we see significant potential to accelerate growth outside of the US using the InMotion format.”

The acquisition comes just weeks after the group launched a restructure to shut a handful of UK high street stores and call time on new initiatives, instead focusing on growth opportunities for its chain of stores based at airports and railway stations.

Shares in the group tumbled in early October after it announced the “detailed” review of the high street business, which will see it close six stores and wind down its 22-strong budget greetings card chain Cardmarket and franchised convenience store arm WH Smith Local.

One-off costs of the review sent group pre-tax profits down 4% to £134 million for the year to August 31.

But, with these costs stripped out, underlying pre-tax profits rose 4% to £145 million.

Its travel business is now the biggest part of the group by sales and profit, with full-year trading profits in the division up 7% at £103 million.