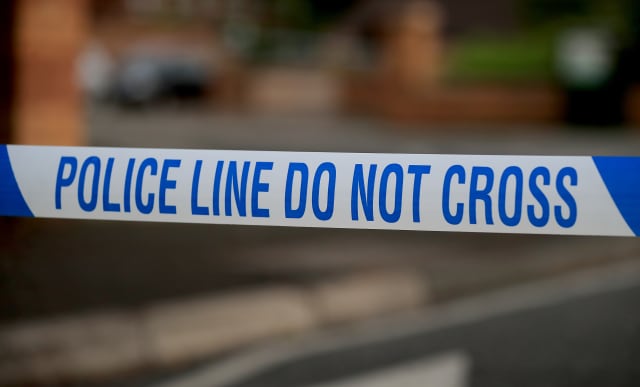 Detectives investigating the murder of a building site security worker say they have yet to establish a motive.

Mohammad Abu Sammour, 49, was found injured at a housing development under construction near Newarthill in North Lanarkshire in the early hours of Sunday.

A vehicle seen being driven away from the scene – and later found burnt out – is believed to be the victim’s work van.

Police said the family of the security officer from Caldercruix, Airdrie, has been devastated by his death as officers appealed for information.

“Enquiries are being carried out to identify his last known movements and we would urge anyone with information to contact us.

“We now believe that the vehicle which was seen driving off is in fact Mr Abu Sammour’s works van which is a white Peugeot Partner van with blue writing on the side.

“At this time the motive of the murder is unknown. However, our extensive enquiries are ongoing and we retain an open mind.”

The victim was found injured at around 1am in Panmuir Crescent, part of a new housing development between Holytown and Newarthill.

He was taken to Wishaw General Hospital where he died a short time later.

A witness reported seeing a white van being driven off at speed on a road adjacent to Panmuir Crescent.

Mr Pinkney said: “We need to ascertain if anyone has seen this white van between 1am and midday on Sunday, when it was found burnt out within waste ground situated between the A723 and Burn Crescent, New Stevenston.

“Once again, I would ask anyone who was in the area at the time or who may have seen the van travelling in the local area to please get in touch with officers. If you do not wish to contact police, you can pass information in confidence to Crimestoppers.

“Mr Abu Sammour’s family has been left devastated, it is imperative that we trace those responsible for his death as soon as possible, and I need help from the local community of Newarthill and Holytown to achieve that.”

Extra police patrols have been deployed in the area to reassure local residents.