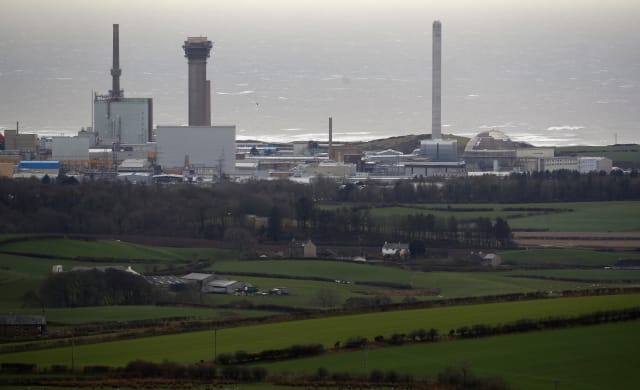 Most major projects at the Sellafield nuclear site are still “significantly” delayed, with expected over-runs of £913 million, according to an official report.

The committee said the NDA had not systematically reviewed why projects kept running into difficulties, or analysed the constraints preventing it from making faster progress.

The committee last examined progress at Sellafield in March 2015 and found that major programmes and projects were significantly behind schedule and over budget.

Its latest report said progress had been made in reducing delays and expected cost over-runs with 14 major projects at the site in Cumbria, which have a combined lifetime cost estimate of £6 billion.

The committee said progress had been made in the past few years, but added that there was a long way to go.

Sir Geoffrey Clifton-Brown, deputy chairman of the committee, said: “This report is critical of the Nuclear Decommissioning Authority’s performance. The Government’s oversight of the NDA’s performance could and should be much better, particularly on projects at Sellafield that cost a considerable amount of public money.

“This report follows the committee’s earlier report into the NDA’s Magnox contract. The NDA failed in both the procurement and management of this contract and cost the taxpayer £122 million.”

He added that the Business Department needed to “seriously get a grip” on its oversight of nuclear decommissioning.

The committee recommended that the Business Department should publish an assessment of the NDA’s performance every three years.

The MPs said the NDA had cancelled three projects since 2012 after spending £586 million of taxpayers’ money on them.

Its report added: “We are not convinced that the NDA is achieving the wider economic benefits that would help justify the vast amounts of public investment at Sellafield.”

A Business Department spokesman said: “Decommissioning is an important part of the nuclear cycle and, as the PAC recognises, considerable progress has been made at Sellafield.

“This includes strengthening the governance structure and greater use of cutting-edge technologies to ensure the highest possible safety standards are maintained, whilst reducing the costs of decommissioning by 20% by 2030.”