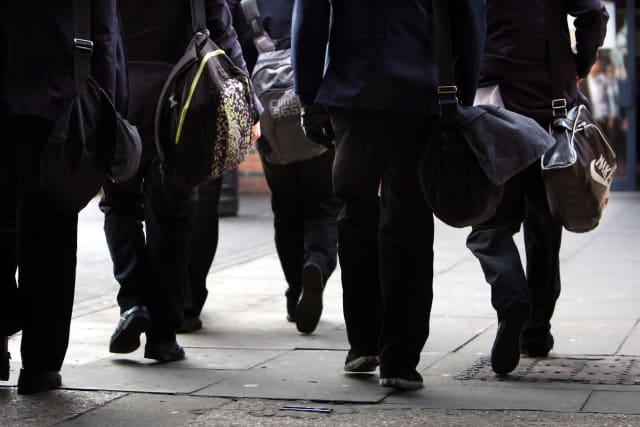 Pupils from high attaining state schools are better prepared for the university application process than those in more deprived areas, according to new research.

Inequality in university attendance between those living in the most and least advantaged areas is wider in Scotland than elsewhere in the UK, the study said.

Researchers found in high attainment schools there was a long-term commitment to helping a student develop the personal skills or “habitus” of an “appealing persona” throughout their school career.

The report said: “Within the most advantaged schools, there was a long-term commitment to actively
build the skills that institutions desired and undertake one-to-one interviews to ensure the personal
statement was pitched correctly, with strong applications demonstrating an appropriate habitus.

“Amongst the most deprived communities, there was evidence of a long-term ‘battle’ by teachers
to foster student aspirations and encourage them to reach their potential.

“This appears to lead to teachers focusing on persuading students to apply, rather than preparing them longer term to be desirable.”

The study found those from lower socio-economic groups are less likely to apply to, and consequently enter, the more “prestigious” higher education institutions in the UK than students with the same grades from more advantaged backgrounds.

In addition state school pupils are less likely to participate in higher education than those from independent schools and are “profoundly under-represented” in more prestigious universities.

The researchers conducted interviews with nine teachers from six state schools and 25 young people from 18 state schools in Scotland.

Lead author Jennifer Ferguson, a PhD candidate in the Faculty of Social Sciences, said: “The research highlights the big differences in the preparation for higher education between state schools.

“This sends a powerful message to local authorities and education providers that if they are striving for fair access to higher education across all schools, then they must start preparing and persuading students of all backgrounds much earlier.”

The report is published in the journal Social Sciences.