Virgin Media comes out worst for broadband problems in Which? survey 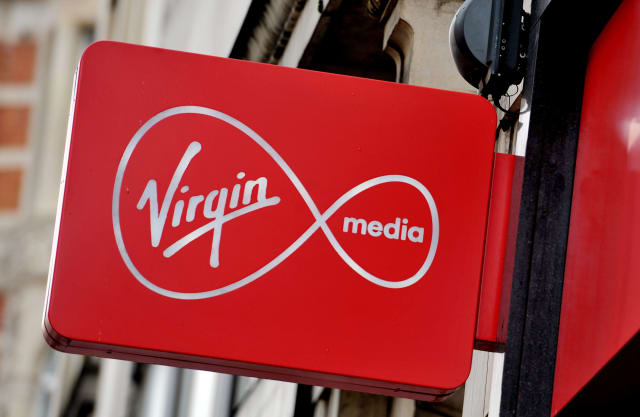 Virgin Media has been named as the broadband provider customers are most likely to experience problems with, according to a Which? survey.

Price increases and router issues are cited as the most complained about problems with the company’s service, with some claiming they had gone without an internet connection at all for hours or even days at a time.

Slow speeds and connection dropouts are also among the list of grievances, mentioned by more than 7,000 households in the survey of the country’s 12 biggest broadband providers.

Seven in 10 customers said they had experienced a problem with Virgin Media’s broadband over the last 12 months, followed closely by TalkTalk at 64%, Sky at 63% and BT at 62%.

Zen fared out the least problematic broadband service but was still complained about by a third of people.

“Year after year customers tell how us how they are suffering with shoddy broadband services, with problems ranging from very slow speeds to price hikes and connection dropouts,” said Alex Neill, Which? managing director of home services.

“To make matters worse, it’s more than likely that anyone who’s been with their provider for 18 months or more is grossly overpaying for their broadband.”

Almost half of people who spoke to Which? revealed they had never switched provider before because it was deemed “too much hassle” or for fears of receiving a lower broadband speed.

Regulator Ofcom estimates more than 20 million landline, broadband, TV and mobile customers are outside of their minimum contract period, with more than 10 million on deals with an automatic price increase at the end, meaning millions could be paying more than they need to.

The organisation recently proposed new rules that would force providers to notify customers when they are reaching the end of their minimum contract, to encourage people to shop around for the best price.

“Anyone who thinks they might be out of contract and overpaying for their broadband should look to switch provider – a few minutes of your time could save you over a hundred pounds a year,” Ms Neill said.

A Virgin Media spokesman said:  “We were surprised by Which?’s research in light of the fact that Virgin Media had the highest customer satisfaction levels according to Ofcom’s latest broadband survey, the gold standard in our industry.

“In addition, in Which?’s most recent broadband customer satisfaction survey, published just last month using the same set of data, we had the highest overall score of the major UK providers.

“Over the past year we’ve invested around £1 billion in our network and upgraded many of our customers to faster broadband while introducing a new top speed of 362Mbps – the fastest widely-available speed in the market.

“As part of the new ASA broadband advertising rules, Virgin Media was the only major provider to have its advertised speeds increased, whereas all our competitors had theirs lowered significantly. “