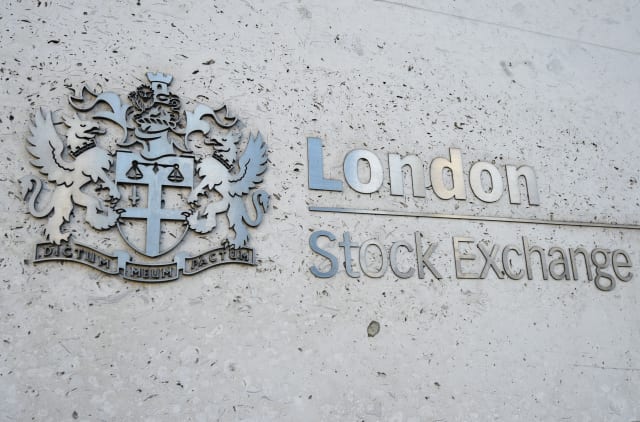 The FTSE 100 began the week on the front foot on Monday, but the pound came under late selling pressure as the Chancellor delivered his Budget.

“The bullish mood has spread across Europe, but seeing as the geopolitical and economic risks still persist, the upward move might not last long.”

The FTSE 100 was buoyed by HSBC, which was riding high on a solid set of third-quarter results.

The banking giant booked a 28% increase in profit before tax to 5.9 billion US dollars (£4.5 billion) in the three months to September 30, reflecting strong revenue growth and lower operating expenses.

The results, which beat expectations, also showed that on an adjusted basis, pre-tax profit jumped 16% to 6.2 billion US dollars (£4.8 billion).

At the other end of the index, Just Eat shares were sent south by a highly critical research note issued by Peel Hunt.

In it, Just Eat was downgraded from sell to hold and had its target price cut from 950p to 520p amid fears over a mooted takeover of Deliveroo by Uber. Peel Hunt argued that Just Eat would come under intense pressure were the deal to go ahead.

James Lockyer, analyst at Peel Hunt, said: “Prompted by rumours surrounding Uber and Deliveroo, we postulate that the two of them (merged or otherwise, let’s call them Uberoo), around the world, could create an Uberoo-esque wave that eventually sees the demise of Just Eat.

“Both are capable of out-investing Just Eat in delivery and are entering the more lucrative marketplace sector. We turn bearish for a number of reasons.”

Sterling, meanwhile, was in the red, despite Chancellor Philip Hammond saying that the Office for Budget Responsibility has raised its growth forecast for the British economy and lowered the forecast for the deficit.

Neil Wilson, chief market analyst at Markets.com, said: “Sterling hasn’t done much on the Budget with GBPUSD treading water around 1.28 and off its lows of the days although it has dropped a bit lower on the Chancellor’s statement having traded as high as 1.2850 ahead of the speech.

“Despite the better growth forecasts for next year the foreign exchange market took this Budget entirely in its stride.”