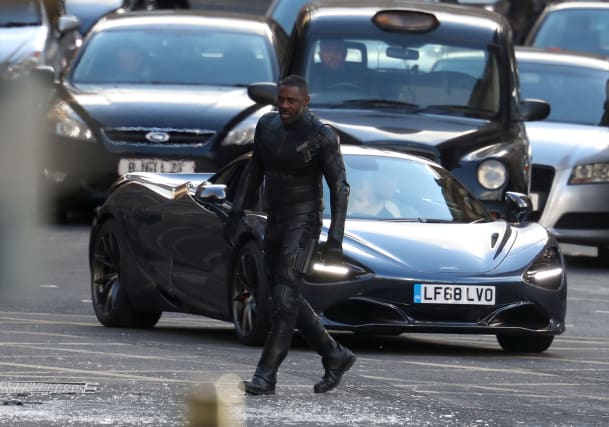 Idris Elba has taken to the streets of Glasgow to film scenes for his latest movie.

The actor was dressed in motorbike gear for a shoot for Hobbs and Shaw, a Fast and Furious spin-off also starring The Rock and Jason Statham.

Large parts of Glasgow city centre were closed earlier this week with sports cars and motorbikes brought in to film scenes.

Elba was seen lying in a pool of broken glass and throwing a bike helmet to the ground as part of the shoot.

He is the first big name to been seen in the city for the David Leitch-directed film and crowds gathered to catch a glimpse of the actor near George Square.

The streets of Glasgow are being used as London for the film with a red Routemaster bus with Paddington as its destination used in some of the scenes shot earlier this week.

Roads will remain closed in parts of the city centre until Sunday.

A crew of around 200 are said to be in the city for the shoot, which the city council said will bring a boost to the local economy.

Scenes for World War Z and Fast & Furious 6 were filmed in recent years in similar locations around Glasgow city centre.