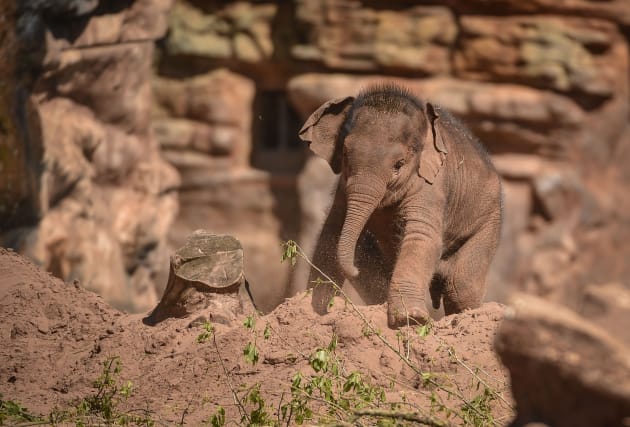 Two elephant calves at Chester Zoo have died after contracting a virus.

A team of vets and scientists carried out “ground-breaking” blood transfusions on the animals in an effort to save them.

The zoo’s director of animals Mike Jordan said: “Aayu and his half-sister Nandita were wonderful, confident and energetic calves, who loved nothing more than playing with the rest of the family herd – whether in the sand or the pool.

“They will be missed by their young siblings in the herd who will no doubt mourn for a short time.

“To lose them both is also devastating to all of us here who have cared for them day in, day out. We fought for them until the very last moments, but were unable to save them. It is just heart-breaking.”

Keepers at the zoo first detected signs of the virus in the calves on Monday.

EEHV is known to be present in almost all Asian elephants, both in the wild and in zoos worldwide, but only develops into an illness in some elephants and when it does it is almost always fatal.

A zoo spokesman said: “A team of expert scientists, conservationists, keepers and vets worked tirelessly to administer anti-viral drugs to help the young elephants to fight the illness.

“The team also performed ground-breaking elephant blood transfusion procedures to help their immune systems fight back. Despite the exhaustive efforts, their conditions rapidly declined and both calves passed away this morning.”

It is not the first time elephants at the zoo have suffered from the virus, for which there is no cure.

Five young elephants had previously died as a result of EEHV, including female calf Bala, who died in 2015, followed six weeks later by playmate Hari just before his third birthday.

There is no vaccination against the virus but researchers are working to create a treatment.

The spokesman said: “Chester Zoo scientists – backed by more than £220,000 of public donations, a major partnership with the University of Surrey, and an international collaboration of conservationists – have made real progress in the fight to find a cure, but sadly the battle is ongoing.

“Scientists from Chester Zoo are at the forefront of this major international effort, which is critical if conservationists are to protect both wild and zoo elephant herds globally from the virus.”