Warning over Brexit preparation for trade and customs in Northern Ireland 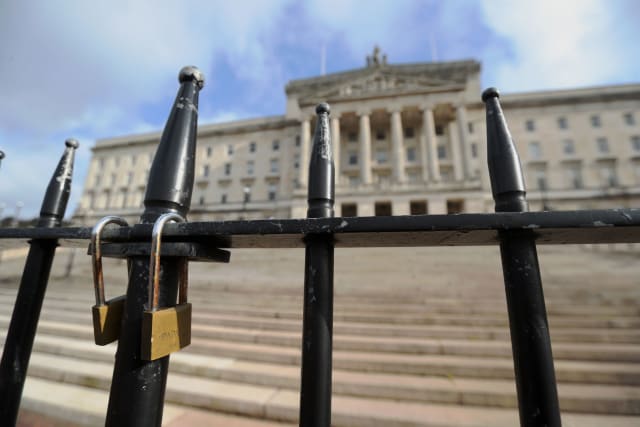 Northern Ireland is not well prepared for a no-deal Brexit in areas such as trade and customs, auditors have said.

The ability to plan is also “severely constrained” amid uncertainty surrounding the Irish border, migration and the repatriation of powers from Brussels, comptroller and auditor general of the Northern Ireland Audit Office Kieran Donnelly said.

Those responsibilities fall to Westminster in the form of “reserved” powers which were never devolved to Stormont.

Extensive preparations have been made by Northern Irish civil servants in areas which did come under the remit of the former powersharing Government at Stormont, such as agriculture, the review said.

It warned: “In respect of those areas where policy is reserved, Northern Ireland is not well prepared for leaving the EU without a deal.

“The civil service remains engaged with the UK government to ensure that Northern Ireland’s interests are recognised in the negotiations, although without a functioning Executive its influence has undoubtedly been limited.”

Planning to manage the risks in areas where powers are devolved to the Northern Ireland Assembly is ongoing through civil servants.

The spending watchdog added: “Negotiations between the EU and the UK are on-going and in the absence of an agreed exit deal, the way ahead on the key issues is far from clear.

“The UK government’s position remains that it will achieve a deal that will mitigate these risks as far as is possible. However, time is running short.

“The lack of clarity so far on the shape of an exit deal and a clear way forward inevitably means that Northern Ireland is limited in terms of the practical preparations it can make.

“It is not fully ready, in operational terms, for a no-deal exit.

“There are also concerns that whatever the outcome, Northern Ireland’s capacity to implement any changes necessary may be constrained given the short time available.”

“It remains the responsibility of the Government to continue preparations for the full range of potential outcomes, including no deal.

“As we do, and as decisions are made, we will take full account of the unique circumstances of Northern Ireland.”