Voters to go to polls in Irish presidential election 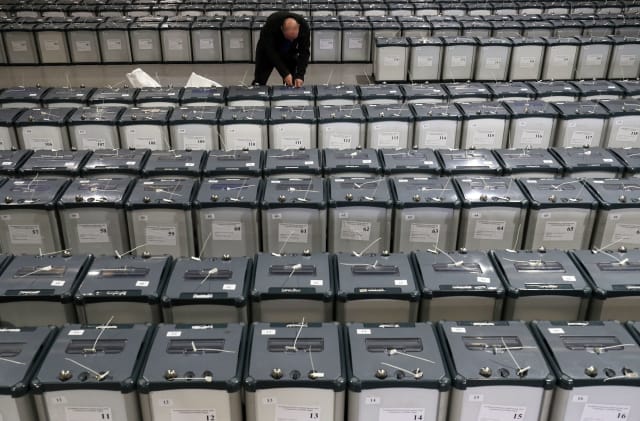 Voters will go to the polls in Ireland today to elect the country’s next president.

Polling stations across the country will open at 7am and remain open until 10pm to give people the opportunity to cast their ballot.

More than 3.2 million people are entitled to vote in 40 constituencies.

The constituency with the single largest electorate in the country is Donegal, with more than 116,000 people registered to vote.

In Dublin, more than 560,000 people are eligible to cast their ballot in the capital’s 11 constituencies.

The constituency with the smallest electorate is Dublin Central with 40,000 voters.

Six candidates are vying for the highest office in the state.

The electorate will also be asked on the ballot paper whether they want to remove the offence of blasphemy from the Irish constitution.

Most islanders have already had their say as voting got under way on 12 islands off the coast of counties Donegal, Mayo and Galway on Thursday, a day ahead of the rest of the country.

The island with the largest number of registered voters is Inis Mor, Co Galway, where 666 people were able to cast ballots.

There were five islands in Co Donegal where voting took place, including the largest, Arainn Mhor.

Ballot boxes were brought by the Irish Defence Forces to some of the islands by ferry and to others by helicopter.

At Inishbofin off the coast of Co Donegal, the ballot box arrived by helicopter before being carried by a Garda officer, accompanied by local presiding officer Carmel McBride, to a community centre to allow islanders their chance for a say in who will become the next president of Ireland.

There was a similar procedure on Tory Island, where a Garda officer carried a ballot box to a school and voting was opened to the public.

The ballot boxes were then collected on Thursday afternoon from the islands following voting.

Islanders traditionally vote a day before the rest of the mainland to ensure there is no delay in transferring the ballot boxes to the mainland in time for the count.

Some 2,601 islanders are eligible to vote in this year’s election.

About 460 live on islands off the coast of Cork, but they had to wait until Friday to vote, like the rest of the electorate.

Mr Higgins is the country’s ninth president. He was elected in 2011.

The Irish Government has appealed for people to use their vote but turnout is not expected to be as strong as the abortion referendum earlier this year.

Count staff will begin sorting and collating the ballot papers at count centres across the country from 9am on Saturday.

A result is expected by Saturday evening, or by early Sunday at the latest.