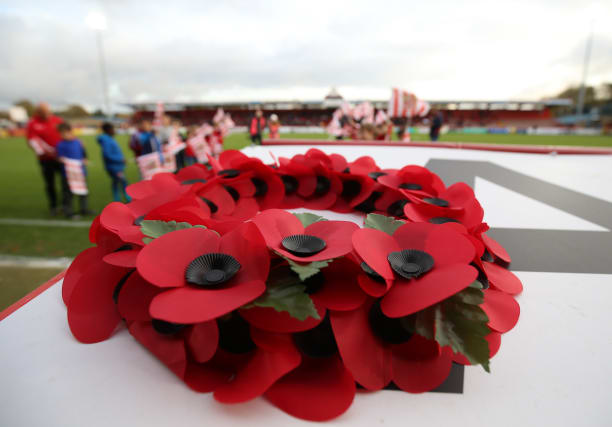 The annual Poppy Appeal has been launched with art installations revealed around the UK to commemorate the centenary of the Armistice.

Sunday November 11 marks 100 years since the end of the First World War, and thousands of volunteers will help sell and distribute paper poppies in the following days.

Founded in 1921, the Poppy Appeal raises funds for servicemen and women and their families.

A six-metre-high poppy installation was unveiled at the National Maritime Museum in Greenwich to mark the launch of the charity campaign and say thank you to the First World War generation.

Smaller artworks were revealed at a number of locations, including Downing Street, Brighton Pavilion, the Library of Birmingham, and Ballyclare Football Club in Co Antrim.

The installations will remain in place until Monday.

The Prime Minister will give her support to the appeal on Thursday morning, and buy a poppy at 10 Downing Street.

In 2015, more than 11 million poppies were made at the Royal British Legion’s “Poppy Factory” in London.

A total of 1.1 million “remembrance symbols” and 135,000 wreaths were also made at the Richmond site.