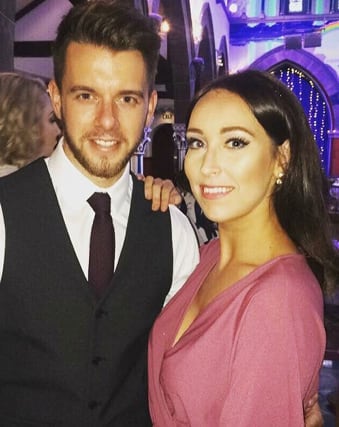 Nicola Sturgeon has contacted the Spanish prime minister in a bid to ensure police and prosecutors are being given the “necessary resources” to investigate the death of Scottish holidaymaker Kirsty Maxwell.

The Scottish First Minister met Mrs Maxwell’s family in August, and wrote to Spanish leader Pedro Sanchez at their request.

Her intervention was revealed by Scottish Justice Secretary Humza Yousaf after the case was raised in Holyrood on Wednesday.

Mrs Maxwell, 27, from Livingston in West Lothian, died during a hen trip to the popular tourist resort of Benidorm in April last year after falling from the 10th floor of the Apartmentos Payma hotel.

Since then her husband Adam Maxwell and her parents Brian and Denise Curry have been on “an arduous and anguished quest for justice”, local MSP Angela Constance said.

Mr Yousaf paid tribute to her family “for their tenacity and what they are doing on behalf of Kirsty’s legacy”.

He added: “It is important that a light is shone on these issues, which ask questions which need answers to.”

The Maxwell family, who were in the Scottish Parliament for the debate, “have not been satisfied with their experience of dealing with the Spanish authorities,” Mr Yousaf added.

He said: “I recognise the very strong view of the family that mistakes have been made from the earliest point in this process.”

He told MSPs that Ms Sturgeon had “met with Kirsty’s family in August and she heard their concerns first-hand, and since then has taken forward a number of actions”.

As part of this, he said: “The Scottish Government has pressed the Foreign and Commonwealth Office to fully support the family in its efforts to secure justice through the Spanish legal systems.

“At the family’s request, the First Minister also wrote to the Spanish prime minister seeking reassurance that the necessary resources have been deployed to allow the Spanish police and prosecutors to carry out a full and thorough investigation into Kirsty’s death.”