Minister insists no final decision made on future for Monklands Hospital 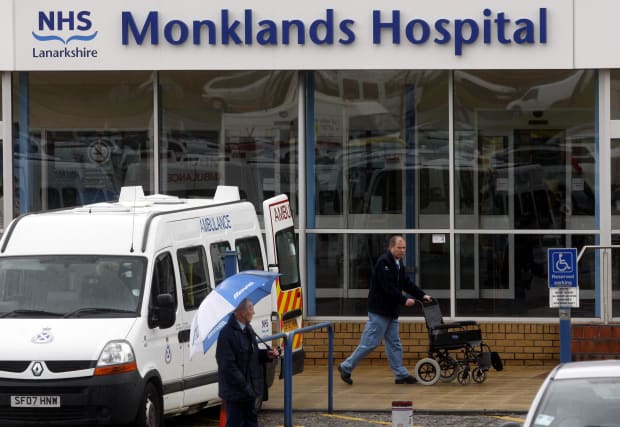 NHS chiefs have still to make a final decision on the preferred option for replacing a “highly valued” hospital, MSPs have been told.

Bosses at NHS Lanarkshire are looking to either replace or refurbish Monklands Hospital in Airdrie – which is more than 40 years old – with a new facility at Gartcosh having emerged as the leading option.

But more than 5,000 people have signed a petition calling for any new hospital to be built on the existing site, Scottish Labour leader Richard Leonard said, as he demanded ministers must now make this happen.

He called on the Scottish Government to “step in to stop this closure before it is too late, before a great injustice is committed before a grave error is made”.

“The Health Board accepts that this is possible. The people now want them to make it happen.”

Speaking for the government, mental health minister Clare Haughey, said this was one of the options being examined by NHS Lanarkshire, along with a new building at Gartcosh, or refurbishing the current hospital building.

She told MSPs: “I recognise there is a strength of feeling in the Airdrie community about the future access to and provision of hospital service.

“And I want to make one point absolutely clear to members and to local people who use the highly valued services at Monklands Hospital – no final decision has been taken by the NHS board on the preferred option for a new or refurbished Monklands Hospital.”

She said there had been “significant investment” in Monklands over the years – with the SNP government having retained A&E facilities there after these were earmarked for closure by the previous Labour led Scottish Executive.

But Ms Haughey, said the “current facilities don’t have the right lay out to ensure an ideal model of care in line with best modern clinical practice”.

She stated: “That is why the government has been clear we support NHS Lanarkshire in bringing forward proposals to replace or refurbish Monklands Hospital for the benefit of local people.”

She also insisted NHS Lanarkshire had assured ministers they “will carefully consider all the responses to the consultation and rigorously evaluate all the options” before making a final decision.

Conservative health spokesman Miles Briggs said it was “vital” local people back the decision on where a replacement facility should be built.

He stressed: “We need to get the location of the new Monklands right and above all, we need to make sure that the needs and interests of all the people of Lanarkshire are put at the heart of this decision.”

She added: “It would be unthinkable for people to lose such quality of service.”