Man left with scars after time in orphanage, inquiry hears 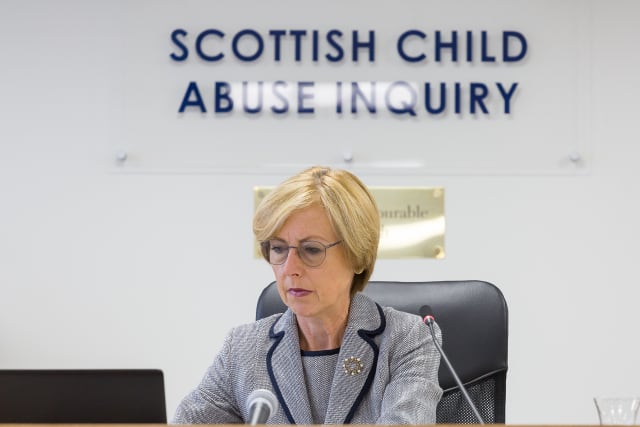 A former orphanage resident has been left with physical and mental scars as a result of the abuse he suffered while in care, an inquiry has heard.

The witness, who had been resident at Quarrier’s Village, was giving evidence at the Scottish Child Abuse Inquiry in Edinburgh.

He was moved to the Renfrewshire establishment aged seven, with his brother, in the late 1940s.

The inquiry heard on Wednesday he had run away from the home on one occasion to see his mother and to escape the abuse.

The witness said: “I had so many beatings, I couldn’t take it any more – I was in so much pain all the time.

“You can only take so much in life – so many beatings… you fold up.

“I ran away from there when I was a little boy.

“I was taken to the police office and (an orphanage worker) made me run all the way back – it was a long run.

“He gave me six straps on each hand, standing in the corner of the room staring at the wall all night.”

He added he was given no food for the day as another punishment.

It was heard he could also have his head put down a toilet, although he does not know why.

The witness told how an electric rubber blanket with an alarm system was put on his mattress, which would go off if he wet the bed.

He said it “took chunks” out of his flesh and he still has physical injuries from it.

James Peoples QC, senior counsel to the inquiry, asked the witness about a statement he had submitted which said his time in care had left him frightened for all of his life.

The witness said: “You always wondered if you were right or wrong. I’ve questioned that for a long, long time.

“I blame myself for a lot of things, that’s the only way I can describe it.”

The latest stage of the inquiry is examining the care given to children at establishments run by non-religious and voluntary organisations.

Those being examined in phase three are Quarrier’s, Barnardo’s and Aberlour.

The inquiry before Lady Smith continues.