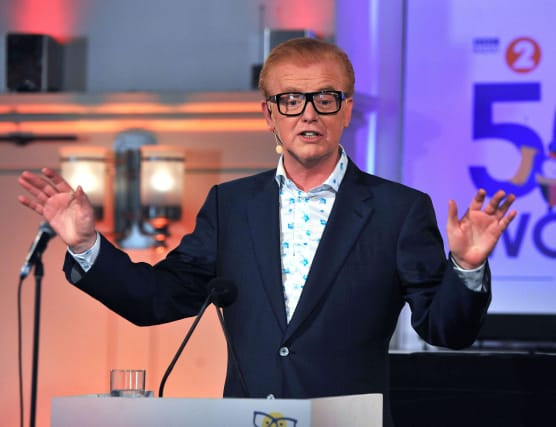 The host pulled in 8.8 million listeners a week in the third quarter of 2018, marking the first time he has dropped to below nine million weekly listeners since 2012, according to the latest figures released by audience research body Rajar.

The drop in audience numbers comes just before Evans makes his departure from Radio 2 in December, where he has hosted the breakfast show since January 2010.

Evans has consistently pulled in more than nine million listeners per week since September 2012.

In the July to September period of that year, Evans had drawn 8.5 million listeners. This was the last time he had been below the nine million mark, until now.

The new figures for the third quarter of 2018 also show a drop of just over half a million listeners for Evans’ show when compared to the equivalent period in 2017.

But he is not alone in shedding his audience as Radio 2 has, overall, dipped by just over 700,000 listeners year-on-year.

Lewis Carnie, head of Radio 2, said: “I’m proud that BBC Radio 2 remains the most listened to radio station in the UK, with 14.64 million listeners each week.”

Despite the drop, the Radio 2 Breakfast Show is still the most popular radio programme in the UK.

Zoe Ball will take over the reins for the high-profile slot following Evans’ departure, and will be the first female breakfast show host on the station.

Elsewhere at the corporation, BBC Radio 5 Live’s breakfast show has seen its largest quarter-on-quarter percentage rise in listeners since 2010.

Over on BBC Radio 1, the breakfast show – now hosted by Greg James – has recorded just under 4.9 million weekly listeners in the third quarter of 2018.

Rajar’s latest statistics only account for the Radio 1 breakfast show on Mondays to Thursdays, as the station changed its format in June this year, and now has an extended weekend breakfast show running Fridays to Sundays hosted by Alice Levine and Dev Griffin.

James took over from predecessor Nick Grimshaw in mid-August, who, in the equivalent third quarter of 2017, pulled in 4.9 million listeners per week.

However, that number included a Friday broadcast from Grimshaw.

Although the third quarter results show just one month of James’ tenure as Radio 1’s breakfast show host, it appears he has managed to match Grimshaw’s five-day numbers in just four days.