A gigantic sinkhole in China led a team of cavers to discover a 'world class' cave hall complex beneath, and explore it using 3D scanners.

The cave complex is 236 million cubic feet, and was mapped by cavers who descended into the caves via a single rope.

British Caving Association chairman Andy Eavis was among the leaders of the 19-strong team who explored the 'tiankeng' or sinkhole in Guangxi, China. 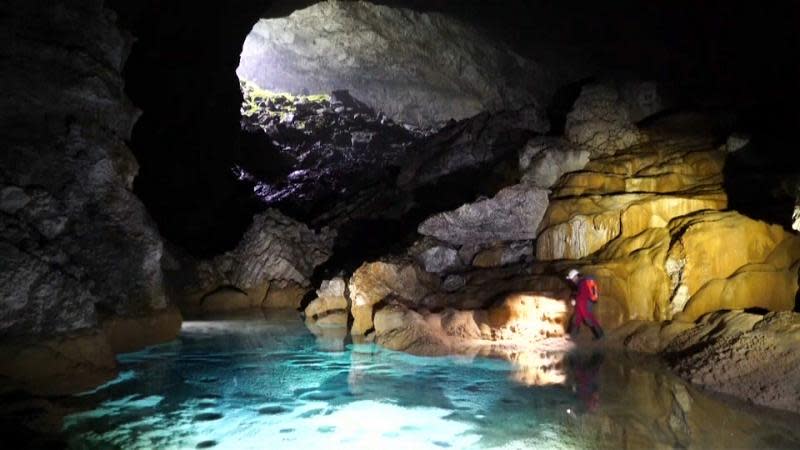 The joint British-Chinese expedition used 3D scanners to map the interior – which found everything from underground rivers to stone pillars.

Zhang Yuanhai of the Institute of Karst Geology of the Chinese Academy of Geological Sciences said, 'This giant cave hall was actually discovered by the Hong Kong expedition last year, so it was named Hong Kong·Haiting Hall.

​​​​​'This time we mainly determined its volume and world-class status through three-dimensional scanning.'