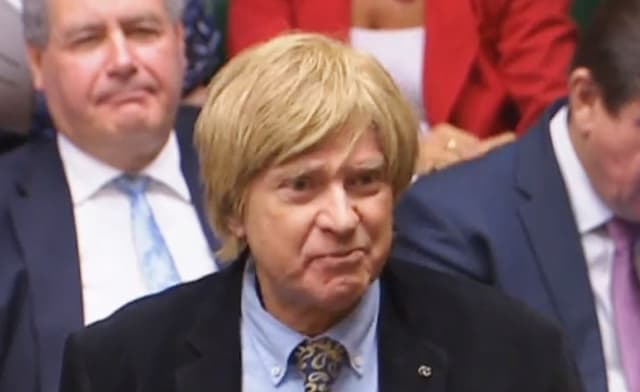 A Tory MP has filmed himself cycling nude around a London park to promote the creation of an annual naked bike ride.

In a video posted to YouTube, Michael Fabricant is seen pedalling through the park in broad daylight on a Boris Bike only wearing sunglasses and a silver tie.

In it the 68-year-old calls for the creation of an annual naked bike ride in his Lichfield constituency in Staffordshire, from the town to nearby Whittington, to raise money for the town’s St Giles’ Hospice.

After an introduction set to Queen’s anthem Bicycle Race, he says: “I think a naked cycle ride is a good way of raising money.

“I’m told that naked cycle riding is both healthy and liberating, a bit like St Giles’ hospice really.”

He later tweeted a link to the video, saying: “I think I can say, without fear of contradiction, there is little more unpleasant than filming naked on a chilly spring morning without any clothes or a tan to make you look good.”

Mr Fabricant, who has been an MP since 1992, is no stranger to risque YouTube videos.

In August he presented a guide to the role of party Whips which showed him spanking a clothed man on the buttocks with a shoe horn.