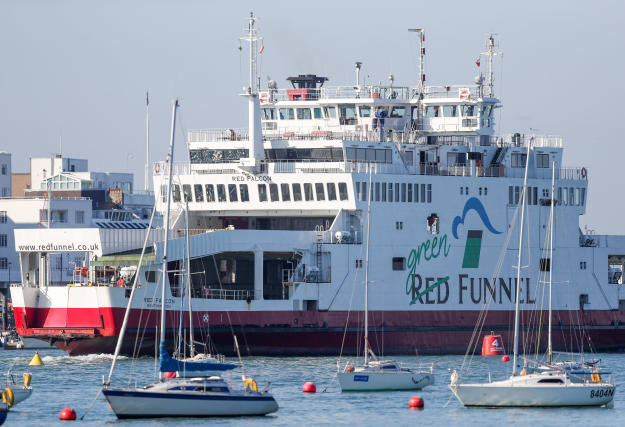 The master and mate of a car ferry that ran aground after hitting several yachts have been suspended.

The Red Falcon ran aground as it arrived at Cowes Harbour on the Isle of Wight during heavy fog at 8am on Sunday morning.

A spokeswoman for operator Red Funnel described the suspensions as “standard practice in any maritime incident of this nature”.

The firm’s chief executive, Fran Collins, said the boats involved in the collision were “unmanned, moored yachts” and no injuries were reported.

It is the second time Red Falcon has been involved in a collision in three weeks.

The latest incident left 40 passengers stuck on board the ship until it was re-floated around three hours later.

Red Funnel said an inspection of Red Falcon found it was not damaged. It has since returned to service, with a normal timetable operated on Monday.

A Coastguard search and rescue helicopter was initially deployed to the area but had to turn back due to low visibility caused by heavy fog.

The UK Coastguard said the Cowes RNLI lifeboat, Calshot RNLI lifeboats and Coastguard rescue teams from Bembridge, Needles and Ventnor were involved in an “extensive search”.

Red Falcon is already being investigated by the MAIB over a collision with a motor cruiser off the coast of Calshot, Hampshire, on September 29.