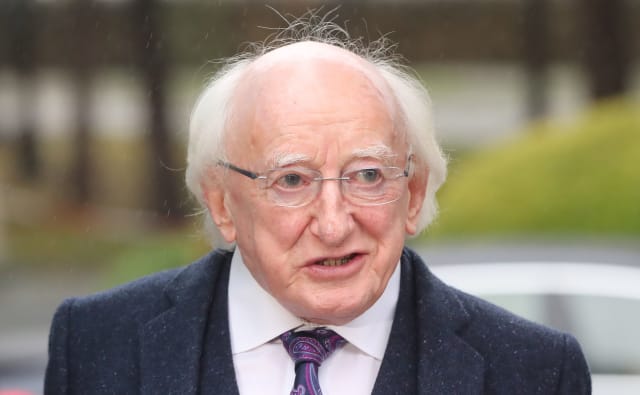 The Irish Government has warned against complacency as strong favourite Michael D Higgins enters the last week of campaigning for the Irish presidency.

The incumbent is in pole position to win the race following next Friday’s election and has received the backing of ministers as well as most of the Irish establishment.

He is one of six candidates bidding for the largely ceremonial and ambassadorial role.

Controversial outsider Peter Casey confirmed in an interview with a Sunday newspaper that he would remain in the race.

He recently drew measures of criticism and support after denying that Irish Travellers could be considered members of an ethnic minority.

Fine Gael’s Minister for Social Protection Regina Doherty said: “While the polls look very good for Michael D at the moment, elections are decided by who turns up on the day so we cannot be complacent.”

Pre-election comment has partly centred on Mr Higgins’ expenses while in office.

On Saturday it emerged the Police Service of Northern Ireland (PSNI) had disputed Mr Higgins’ claim that he had to use a private jet to get to an engagement in Belfast for security reasons.

“Combining intellect, empathy, passion and a fantastic fluency with words, he has proven to be a true statesman who reflects the best of what this country is all about,” she said.

“All his life Michael D. Higgins has been an advocate for justice and progress. Both as a member of Seanad Eireann and a TD for Galway West he was fearless in challenging inequity and injustice.

“For decades he championed issues including decent employment, public housing provision, the rights of people with disabilities and ethical standards for public office holders.

“As a consistent voice for equality, he fought for elimination of poverty and a ‘citizenship floor’ of basic rights and participation below which no citizen should fall.

“He has always maintained a strong interest in justice and peace worldwide.”

Meanwhile, in the Sunday Independent, Mr Casey refused to apologise for his Travellers’ remarks.

He said: “We have become a nation of people who expect, no demand, that the State looks after them.

“Pay all their bills, provide them with homes, provide all sorts of social benefits.”