Anjem Choudary: The solicitor who became a radical preacher 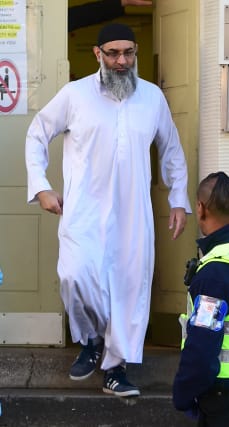 Jailed in 2016, little has been heard of Anjem Choudary for the last two years.

But, following his release on Friday, the radical preacher is dominating the headlines again.

Before he was arrested, convicted and locked up, Choudary had become, according to one ex-police chief, the “de facto spokesperson for Islamism in the UK”.

Once a leading figure in the now-banned group al-Muhajiroun, he voiced controversial views on Sharia law, while building up a following of thousands through social media, demonstrations and lectures around the world.

Choudary was regularly seen in the media, giving numerous television and newspaper interviews up until his arrest in the autumn of 2014.

But he largely managed to avoid falling foul of the law until he was convicted of inviting support for Islamic State.

Choudary was born in north London and studied medicine for a year before he became “disenchanted” and switched to law.

The married father-of-five told jurors at his Old Bailey trial he qualified as a solicitor and opened his own practice.

As he became more religious, practising elements of law troubled him and he decided there was “a better path”.

In the 1990s, Choudary became a student of the cleric Omar Bakri Mohammed, learning about Sharia Law and the “science of the Koran”.

Choudary was a prolific writer and told his trial that he had joined Twitter two or three years earlier, amassing more than 32,000 followers.

In an effort to stop him re-exerting his influence, authorities have drawn up a strict set of conditions that the 51-year-old will have to comply with while on licence.