One of the world's largest and oldest living thingsis slowly dying, experts have warned – and human beings are to blame.

Pando, in the US state of Utah, is aforest of 47,000 trees, weighing 13 million pounds, which is a cloned colony of genetically identical trees, sharing the same root system. 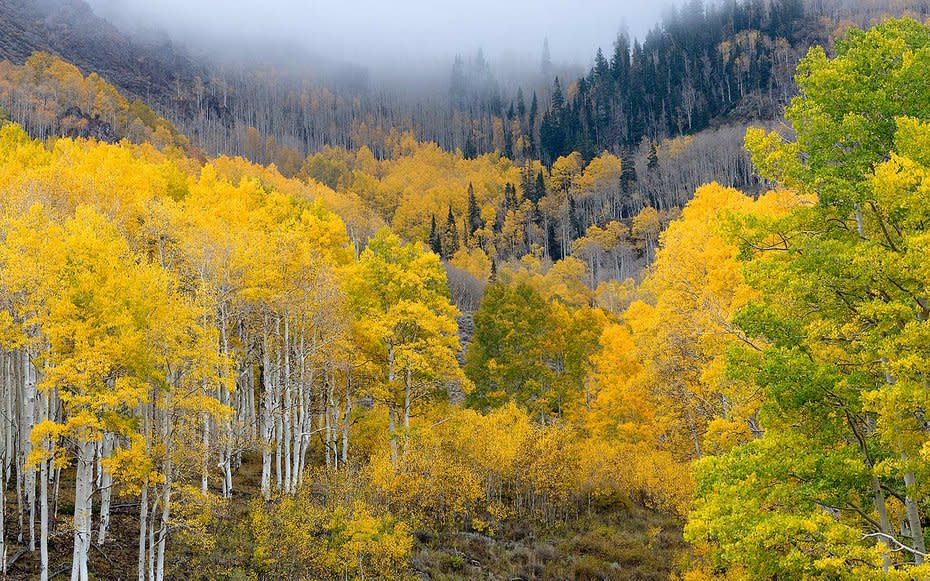 It's thought to be have been there for 80,000 years – but it's now failing to regenerate, and it's growing too slowly to survive.

Paul Rogers of the Western Aspen Alliance and Utah State University told Gizmodo, 'People are at the centre of that failure.'

Three people killed after caravan is towed the wrong way down a busy motorway
One of Britain's most prolific paedophiles has 'excessive' sentence cut by seven years
Muslims are the target of 52% of religious hate crime in England and Wales, police figures reveal
Boris Johnson's popularity slumps to its lowest ever level, poll finds
The worst British railway stations for delays have been revealed

​​​Rogers says that over the past 30 or 40 years, grazing animals have chewed away at the Pando clone – and human failure to protect the trees, by fencing them properly, is to blame.

Rogers said, 'After significant investment in protecting the iconic Pando clone, we were disappointed in this result.

'In particular, mule deer appear to be finding ways to enter through weak points in the fence or by jumping over the eight-foot barrier.

'While Pando has likely existed for thousands of years – we have no method of firmly fixing it's age – it is now collapsing on our watch.