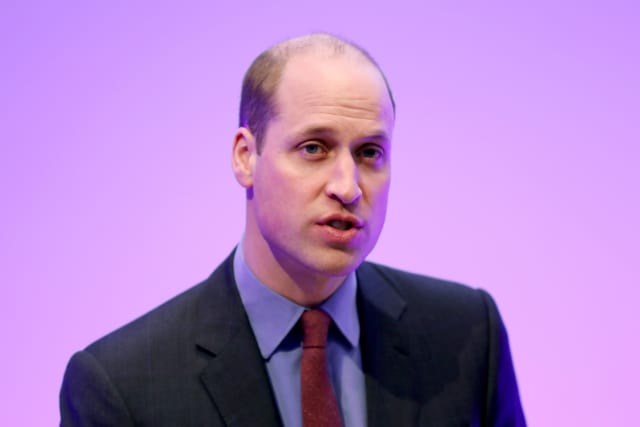 The Duke of Cambridge has emphasised the importance of keeping “mentally fit” as he welcomed a new collection of puzzles compiled by Britain’s master codebreakers.

In a foreword for the book created by intelligence agency GCHQ, William highlights the value of regularly focusing on the mind.

He writes: “It is an accepted part of life that we should keep physically fit, heading to the gym, out for a run, or playing a game of football.

“Sadly, we do not all put the same effort into keeping ourselves mentally fit.

“But just as physical activity is good for the body, regularly focusing on our mind can make an important difference in our lives.

“Whether it is taking some time out of our day to completely switch off, or to get lost in the puzzles of this book, keeping mentally fit as well as physically fit can play a valuable part of our routine.”

GCHQ Puzzle Book II will be published on Thursday, with hopes of repeating the success of the first edition in 2016.

Puzzlemasters have created a host of new brainteasers, ranging in difficulty from easy to fiendishly difficult.

The book also features authentic entrance exams set for would-be recruits and anecdotes about the people, technology and partnerships that are central to GCHQ’s mission.

The agency, which works alongside other intelligence services and law enforcement to protect the UK from terrorism and cyber attacks, marks its centenary year in 2019.

William pays tribute to its staff for playing a “pivotal role” in the country’s safety and security.

“Since it was formed in 1919, GCHQ’s intelligence has protected members of the Armed Forces,” he writes. “When our troops are deployed overseas, I am reassured that some of the finest problem solvers in the world are working to keep them and other coalition forces safe.”

He also notes that his wife is “incredibly proud” of the role her grandmother Valerie Glassborow played in the Second World War, as one of the code breakers at Bletchley Park.

“The role of GCHQ is as valuable now, as it was then,” William says.

In the foreword, he expresses his gratitude to all those who bought the first book, adding: “I would like to thank the ingenious minds of GCHQ for creating puzzles, even if I can’t claim to have cracked them all!”

The book is published by Michael Joseph.