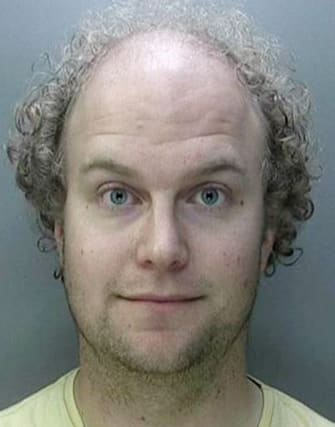 One of Britain’s most prolific paedophiles, who blackmailed a string of vulnerable victims, has won a challenge against his “manifestly excessive” 32-year prison sentence.

Cambridge graduate Matthew Falder had his custodial term reduced to 25 years by Court of Appeal judges in London on Tuesday.

Bespectacled Falder watched the proceedings via video link from prison.

His barrister Andrew Smith QC told the court during the hearing: “This was grave offending with undoubtedly profound consequences for those who were the victims of this applicant.”

But he submitted that “the custodial element of 32 years imposed was manifestly excessive”.

The decision to allow the sentence challenge was announced by Lord Justice Holroyde, sitting with Mr Justice King and the Recorder of Winchester Judge Keith Cutler.

He said the court had concluded that the “appropriate” custodial term, taking into account credit for the guilty pleas, and “the principle of totality”, was 25 years.

The sentencing judge at Birmingham Crown Court in February concluded that Falder was a dangerous offender and gave him a six-year extended licence period. This was increased to eight years by the appeal judges.

Falder, of Harborne Park Road, Birmingham, committed his offences over nearly 10 years, manipulating victims “behind a computer screen” by duping them into providing nude images and personal details.

He admitted 137 offences, including voyeurism, encouraging child rape, and sharing images showing the abuse of a newborn baby, after being caught by an international inquiry led by the National Crime Agency (NCA).

The 29-year-old was arrested in June last year after traumatised victims, who were tricked into sending him humiliating images, threatened or attempted to end their own lives.

Sentencing “warped and sadistic” Falder in February for “a tale of ever-increasing depravity”, Judge Philip Parker QC said: “As for your equally extraordinary sexual offending – no-one who knew you, above ground, had an inkling of what you were doing below the surface.”

Branding him an “internet highwayman” who targeted 46 victims, he added: “You wanted to assume total control over your victims.

“Your behaviour was cunning, persistent, manipulative and cruel.”

Of the victims, he said: “The damage is ongoing. For these individuals it will never end, knowing the abuse caused by you still exists in other unknown persons’ computers.”

The unprecedented operation to catch Falder, who used specialist software to hide his online accounts, was aided by GCHQ, the US Homeland Security Department and law enforcement bodies in Israel and Australia.

On his arrest, the former post-doctoral researcher and lecturer in geophysics at the University of Birmingham quipped to officers that the list of then suspected offences sounded “like the rap sheet from hell”.

Birmingham Crown Court heard that Falder coerced male and female victims into producing “increasingly severe self-generated indecent images of  themselves, the focus of these images being to humiliate and degrade”.

Opening the facts of the case against Falder, prosecutor Ruona Iguyovwe told the court many images were distributed on so-called “hurtcore” websites on the dark web, showing material depicting sexual and physical abuse.