Murdered schoolgirl’s mother ‘will not crumble’ after daughter’s ‘destruction’ 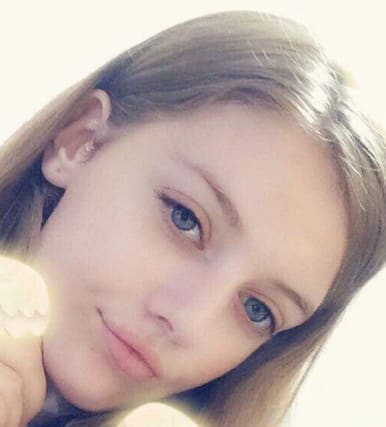 The mother of murdered schoolgirl Lucy McHugh has given an emotional interview describing how she “has to stay strong” to prevent any further “destruction” to her family.

The body of the 13-year-old was found in woodland at Southampton Sports Centre on July 26. She had been stabbed to death.

Hampshire Police carried out new searches last week at the sports centre following a new lead as they attempt to piece together the teenager’s final movements.

Lucy’s mother, Stacey White, described her daughter as “full of smiles, whirling around like a hurricane”.

She said: “Lucy was the most unique child I know, she was a bit like an elastic band, she could never sit still, she was always on the go, she was out with friends, family or simply in a club, she did so many different activities, in fact in her life, she did quite a lot of things others haven’t done.

“She was always full of smiles, whirling around like a hurricane, she would scoop the boys up and kiss them until they cried, and squeezed them and was always coming through the door and joked how she was late and it was because she was talking to someone or had to help someone do something.

“There was never a time when she can’t, ‘I won’t’ or too busy, no matter what she was doing she would make time.”

She added Lucy, a pupil at Redbridge Community School, loved playing with babies and the young children of her family – and also set her heart on becoming a lawyer to help people.

“However when she picked her Year 9 choices she had come to a very strong decision that she wanted to study law and she wanted that to lead her to moving to America and then becoming a pro bono lawyer to help people who couldn’t afford to help themselves.

“I believe she would probably have achieved it, everything she set her mind to, she achieved.

“You should never plan for tomorrow what you can do today because tomorrow might not come just as Lucy found, all the plans that she had, all the things she wanted to do, she now can’t do because someone took that away from her.”

Describing the shock of finding out about Lucy’s death, she said: “It was a complete emptiness, overcoming you all at once, your whole world falling apart.

“People can pick up textbooks, they can read them until they are blue in the face, it is not as it is written, it is such a more complex layer of sorrow and heartache and… and then you have to think about the other children and explain it to them.

“Because every child is so different, each of them had to have it explained in a different way whilst you want to fall apart but you can’t because you have to explain it to them before somebody else does.

“And then you have to help them so you really don’t have a choice, you have to survive, you either allow it to destroy you or you fight.”

“The biggest smiling person in our lives has been taken and she’s never going to come back.

“I won’t let whoever has done this destroy anyone else, the destruction that has been caused is destruction enough.

“My little girl is the biggest destruction that has been caused within this already.

“No-one else should crumble and that’s why I’ve stayed as I have.

She continued: “I have a very small circle of family and friends and the strength that has come from them has been tremendous, without them as much as I try to remain strong I don’t think it would have happened.

“I had to go and see Lucy and it was horrible. I would never wish it on anybody.”

Ms White added she had to allow the police “to do their job, find the person that has done this and get the evidence to convict”.

Describing life after Lucy’s death, Ms White said: “The days merge into one, the hours seem as though they’re going really quickly then other times they seem like they’re not.

“Most days if you ask me what the day of the week it was, I couldn’t tell you, it’s just a complete whirlwind of everything that is going on whilst just feeling like it’s still at the beginning as if it’s the first day that you’ve been told but it’s not.”

Ms White said she helped organise the first “We Love Lucy Day” to be held on Saturday in Mansel Park, Southampton, to keep her daughter’s memory alive.

The event will raise money for bereavement charities and for the local community which had been very supportive to her.

She said: “On Saturday we will be having a fundraising event in Lucy’s name it’s to bring everyone in the community together, near and far, with all the things Lucy loved to do, bouncy castles, ice cream and stone painting for her friends and family, there will be a cake sale.

“There has been a lot of support from a lot companies.

“Everybody is pulling together to make it one big day to help raise money not just for Lucy’s memorial garden but for some bereavement trusts for families who are having to cope with the loss of a child or children and a percentage of the money will be kept in the charity account that is open to go and be used for community-based projects in Lucy’s honour.”