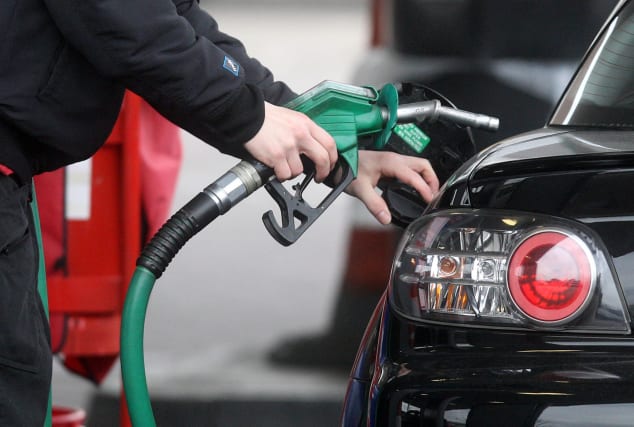 Fuel retailers should be cutting the price of petrol by at least 3p per litre following a sudden drop in the cost of oil and a strengthening of the pound, it has been claimed.

The RAC said the wholesale price of petrol has dropped below £1 per litre, meaning supermarket pump prices should be around £1.25 taking into account delivery, profit and VAT.

But motorists are still being charged around £1.28 at the four big supermarkets, while the average price across all forecourts stands at £1.32.

Oil has fallen from a four-year high of 86 US dollars per barrel on October 4 to 81 US dollars on Thursday.

Meanwhile sterling has improved against the dollar from 1.29 US dollars to the pound on October 2 to 1.32 US dollars this week.

RAC fuel spokesperson Simon Williams said: “Major fuel retailers should be reacting to the sharp drop in the wholesale price of petrol by knocking at least 3p a litre off at the pumps.

“Motorists have suffered with rising petrol prices for most of this year.

“We are sure retailers will do the right thing and pass the savings on to drivers, but the question is how long will it take for them to do this.

“If prices don’t fall soon then we fear this will be further evidence of the so-called ‘rocket and feather’ effect where prices go up far more quickly than they fall.”

The RAC warned that the price of diesel is “not due to come down” although the rises seen recently may have come to an end “for the time being”.

The average price of diesel across the UK is now £1.36 per litre, while major supermarkets are typically charging £1.33.