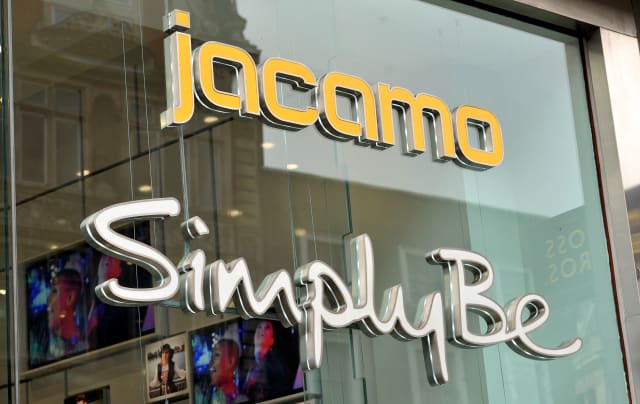 Simply Be owner N Brown Group has said revenue will be held back in the short term as it focuses on core brands and online sales.

The group, which also owns Jacamo and JD Williams, said a drop in offline sales and weak international performance were to blame for a 3.1% decline in product revenue in the first half of the year.

This decline is expected to continue as the group shifts to focus on its core “power brands” and online growth.

Total revenue was up 1% to £457.8 million thanks to growth in the group’s financial services.

Adjusted profit before tax dropped 5% to £30.6 million, coming in slightly ahead of market expectations.

“Going forward, we expect offline sales to continue to fall as we focus on online power brand growth,” he said.

“While this will hold back revenue in the short term, there are opportunities to drive profit particularly through improved efficiency, as the business further shifts online, and we accelerate the use of analytics to increase returns on our promotional spend.”

N Brown slashed its dividend in half to a “more sustainable level” of 2.83p per share.

The group made a statutory loss before tax of £27.1 million due to exceptional costs of £65.4 million. This includes a £22.4 million cash charge as a result of paying out against PPI claims.

“N Brown is taking some decisive actions under the leadership of interim CEO Steve Johnson,” said analysts at Jefferies. But they added it was likely the stock would be in limbo until the appointment of a new chief executive.

Areas could move down a tier before Christmas, says Jenrick