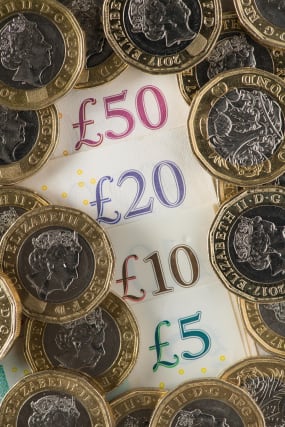 The public is struggling to make sense of Holyrood’s new tax powers, an expert claimed, as a poll revealed 84% want more information about how the charges are set.

The research, commissioned by the Chartered Institute of Taxation (CIOT), found three out of five people (60%) find the relationship between Scottish and UK-wide taxes difficult to understand.

Two-thirds of people (66%) are unaware that both Holyrood and Westminster are responsible for income tax – with MSPs in Edinburgh responsible for setting tax rates and bands, while tax reliefs and the personal allowance are still controlled in London.

In addition, more than a third (36%) of people are not aware at all of Scottish taxpayer status – which was created after the partial devolution of income tax – while 16% said they are aware of it but do “not know anything about it”.

Meanwhile, 57% are unaware the Land and Buildings Transaction Tax (LBTT) is set by the Scottish Parliament.

The poll, carried out by Mark Diffley Consulting and Research, was released as the Scottish Taxes Policy Forum called for a number of changes in the tax policy process.

The forum, which is a collaboration between CIOT and the Institute of Chartered Accountants of Scotland (ICAS), wants there to be a permanent tax committee at the Scottish Parliament in a bid to increase scrutiny.

It also recommends that ministers bring forward a Scottish Finance Bill every year, to deal with issues involving taxation which require legislation.

It goes on to suggest there should be “more openness around strategic thinking” on tax, by, for example, ministers setting out a five-year framework for policies.

The forum is also calling for more collaboration between Holyrood and Westminster and between the Scottish tax body Revenue Scotland and the Scottish Government.

Forum chair Jim Robertson said: “The findings of this poll provide further evidence that the public is struggling to make sense of the tax powers that have been devolved to Holyrood and the changing nature of Scotland’s tax landscape.

“As we outline in the paper, we believe that there are a number of steps that Holyrood and Westminster can take to alleviate this public perception deficit and improve awareness and understanding of tax devolution.

“This includes earlier – and better – consultation with all stakeholders and improving the visibility of the tax policy process in the Scottish Parliament. The introduction of a Scottish Finance Bill as a one-stop shop for introducing and amending tax policy and the creation of a dedicated tax committee could help with this.

“Scotland’s devolved tax journey has only recently begun, but we hope that politicians and policy makers will take our report and the results of our polling and use these as the basis for a more informed debate about Scotland’s changing tax landscape.”

The Scottish Government said a discussion paper was published before changes to income-tax changes earlier this year.

A spokesman said: “Following the changes introduced earlier this year, more than two-thirds of taxpayers will pay less this year under Scotland’s new tax bands on their current income.

“Low-earning taxpayers are protected through the introduction of a new starter rate of tax.

“It’s important to note that more than half of Scottish taxpayers will be paying less tax than people earning the same income in the rest of the UK.”