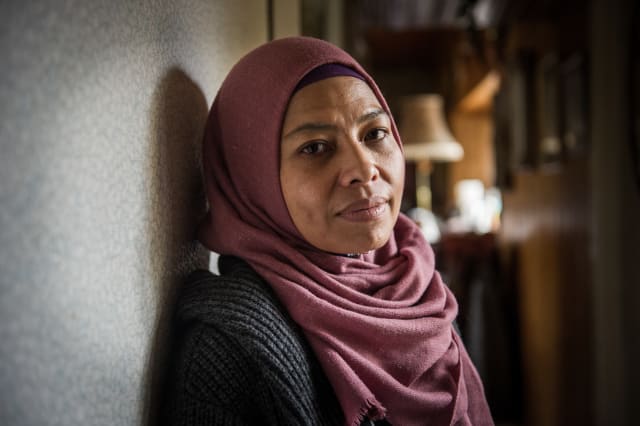 An Indonesian woman whose cousin is still missing after the earthquake and tsunami last month is planning to travel from her home in Scotland to search.

Evi Yuniariti had to wait five days to find out that her parents had survived, however her nephew was killed and her cousin is still missing.

Nearly 2,000 people are now confirmed dead while more than 5,000 are feared missing after the tragedy on the Indonesian island of Sulawesi on September 28.

The disaster saw 20ft waves crash onto the coast, destroying thousands of homes and causing devastation around the provincial capital of Palu, leaving Donggala and other coastal cities in ruins and without power.

The Disasters Emergency Committee (DEC), which launched an emergency appeal last week, said that 200,000 survivors are in urgent need of humanitarian assistance.

Ms Yuniariti, an Aberdeen University graduate, was in Tomintoul in Moray when the disaster struck.

She said: “After hearing what happened, I immediately contacted everyone on my contact list but didn’t hear much back and I felt lost.

“I went online and saw the videos of the tsunami and recognised exactly where it had hit – it was about 10 minutes away from my old house, my parents’ house.

“I had to wait four or five days until after the earthquake happened before I managed to find out my parents had made it out alive.

“She texted me saying ‘Evi, it’s Mum, but then I couldn’t reply back because it cut out.”

Ms Yuniariti later found out that her parents had been trapped in their home, clinging to each other for support.

Her father is severely disabled and uses a wheelchair, so they could not flee until some neighbours came to their aid.

She said: “They didn’t think they would come out alive, they hugged each other because there was no one there to help.

“There was a pause in the earthquake and my mum got out the house and shouted help, and one of the other villagers helped them.”

This week Ms Yuniariti found out that her nephew had been hit by an electricity pole and died, while her cousin’s wife’s parents were buried alive after their village was lifted by the tsunami.

She admitted she does not know how best to help her family who are stuck in the refugee centres in Palu, but is planning a trip back there next week and hopes to trace her entire family.

The DEC appeal in Scotland raised more than £1 million in the first five days after it was launched last Thursday.

It is part of an overall UK total of more than £13 million raised in the last week.

DEC member charities and their local partners are working closely with the Indonesian authorities to provide food, clean water, first aid and shelter, as well as helping survivors to cope with the traumatic experiences they’ve been through.

DEC Scotland Chair Sally Foster Fulton said “We are delighted and extremely grateful that people across Scotland have donated so quickly and generously.

“To the Scottish government for their generous donation of nearly £200,000, our supporters in the Scottish media, our corporate and public sector supporters and each and every one of our individual donors, we say a huge thank you.”

Anyone wishing to donate can find more information at www.dec.org.uk.