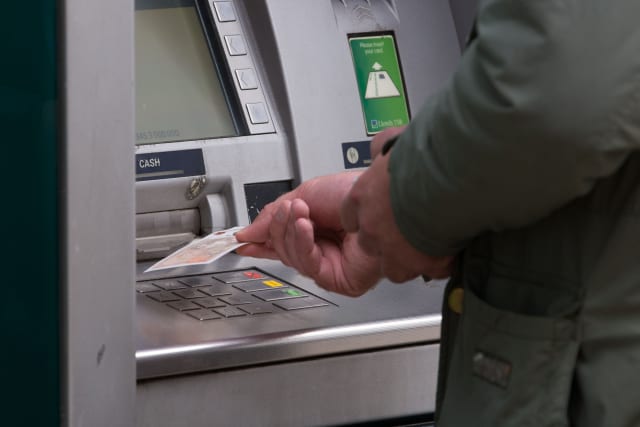 Fresh concerns have been raised over the number of free-to-use ATMs shutting down in remote areas.

Link is targeting all 2,365 of these free machines in more remote and rural areas to remain open to preserve coverage, unless there is another source of cash access available or no consumer impact from closure.

Its latest update shows that, as of August, 15 protected ATMs need replacing with another free ATM.

Subsidies to open a new ATM will be provided by Link, which has a financial inclusion programme.

The Payment Systems Regulator (PSR) said in a statement on its website: “Free-to-use ATMs play a vital role in helping people access their money.

“This remains a concern for us and we are working closely with, and receiving regular updates from, Link’s senior team to ensure it delivers on its commitments to protect the broad spread of free to use ATMs.”

In total, around 100 protected ATMs have been identified as no longer transacting between February and August – but there may be various reasons why many would not need replacing, such as they may be near a Post Office which has free access to cash or located on premises which are not open to the public generally.

Link’s figures also show that, of the total free-to-use cash machine network, the number of ATMs reduced by 1,400 between the end of January and the start of August, leaving 53,100 remaining.

Gareth Shaw, Which? money expert, said: “Free-to-use cashpoints are disappearing across the country and the spike in the rate of closures for supposedly protected machines in remote and rural locations is particularly concerning.

“Millions of people are still reliant on cash in the UK and our research has shown the less well-off and older generations are most at risk of suffering financial and social exclusion through the double blow of ATM and bank branch closures.

“The regulator must intervene to stop these closures and urgently review measures to protect cashpoints, as the consequences of inaction for consumers and businesses affected by these changes are potentially dire.”

The release of the figures follows a row over the funding of the ATM network – which prompted fears about people struggling to access cash.

The first reduction came into force on July 1, with a second due in January.

John Howells, Link chief executive said: “While many consumers are turning to alternative payment methods such as contactless cards, this research highlights how important cash is to millions of people up and down the country.

“Link will continue to do whatever it takes to make sure that everyone has free access to cash whether that is using an ATM, over a retailer’s till or at the Post Office.”