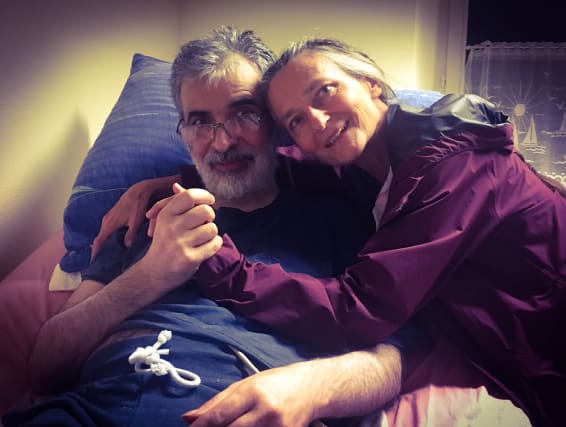 Senior judges have expressed their sympathy for the family of an incurably-ill man who ended his life in a Swiss clinic while challenging the UK’s ban on assisted dying.

Omid T died at the Lifecircle clinic in Switzerland on October 4 while awaiting the outcome of a legal action launched in March 2017.

The 55-year-old former property developer was diagnosed with multiple systems atrophy in 2014 and was effectively bed-bound for more than two years.

At the High Court in London on Tuesday, Lord Justice Irwin, sitting with Mr Justice Phillips, said the court had heard the “sad news” that Omid had died.

The judges said: “We wish to express our sympathy for the family and their loss.”

The comments were made as they gave a preliminary ruling on Omid’s case.

His challenge will now cease unless another person comes forward in Omid’s place.

After his death, his solicitors Bindmans said in a statement: “Omid died peacefully and contentedly knowing that his suffering was about to end and that he would be released from the living hell which he had been in for several years.”

Saimo Chahal QC of Bindmans added that Omid’s “only hope was that somebody else would take up the challenge, and take up what he had started with such high hopes and conviction”.

Phil Cheatle, co-ordinator of My Death-My Decision, a campaign group which supported Omid’s legal challenge, said: “Omid is the latest in a growing list of people who take the extreme action of arranging an assisted death in Switzerland, or end their own life to avoid incurable suffering.”

He added: “Omid did not deserve to be forced abroad to die with dignity. It is time for our law to change.”