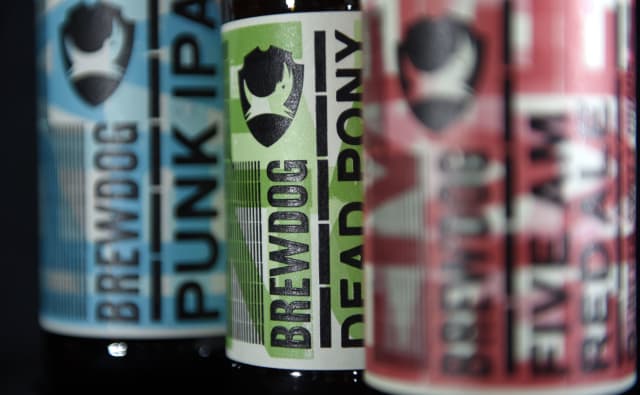 Co-founder James Watt told the Press Association plans for an initial public offering (IPO) were still on track for 2020.

The independent Scottish brewer – which was valued at £1 billion last year after selling a 22% stake to private equity – is considering an IPO in either the UK or the United States, although Mr Watts said London was the firm’s preference at this stage.

He said Aberdeenshire-based BrewDog has not been “put off” by the recent IPO jitters sparked by the flotations of luxury car maker Aston Martin and peer-to-peer lender Funding Circle, which have seen shares tumble since going public.

Mr Watt said: “For us, it’s a very different sector.

“We are working to schedule to at least be in a position to have the option to list some time in 2020, if market conditions are right.”

He added that, with around 90,000 so-called equity punk investors on board thanks to hugely successful crowdfunding efforts, an IPO would be the natural next step.

“We see a long term IPO as an evolution of that model,” he said.

A stock market listing will also offer its crowdfunding retail investors the opportunity to cash in their investments, as they can only trade shares once a year on websites what match buyers and sellers.

“An IPO would give some long term liquidity for our equity punks,” Mr Watt added.

But he said crowdfunding will remain “massively important to us”, with the group having just beaten its target for the fifth round of fundraising by £13 million.

His comments come as the group outlined a raft of ambitious plans for the next decade, including the launch of a new franchise BrewDog bar offering with retail investors and a £200,000 annual development fund for start-up craft breweries.

In its BrewDog Blueprint, the group announced it is offering retail investors the opportunity to open their own franchise BrewDog bars, with an initial trial across 10 locations.

It will add to plans for a host of extra own-managed bar openings – across Paris, Hamburg, London’s Brixton and Canary Wharf, Manchester, Dublin, Toronto, Budapest and Brisbane – as it looks to expand to 110 in the next year.

The Blueprint also unveiled the BrewDog Foundation, a £1 million annual fund that will be donated to charitable causes chosen by the brewery’s team and retail investors, as well as measures to help other breweries and start-ups.

Alongside its new and increased development fund, it said it will cut payment to seven days for small breweries that supply them with beers.

But Mr Watt said Brexit has cast a cloud of uncertainty, with implications for the group and its growing export to a raft of European markets.

He said: “At the moment there’s all of this uncertainty, but there’s no short term way we can hedge against that.

“It would take a couple of years to build something in mainland Europe, so we’re just waiting to see what happens.”