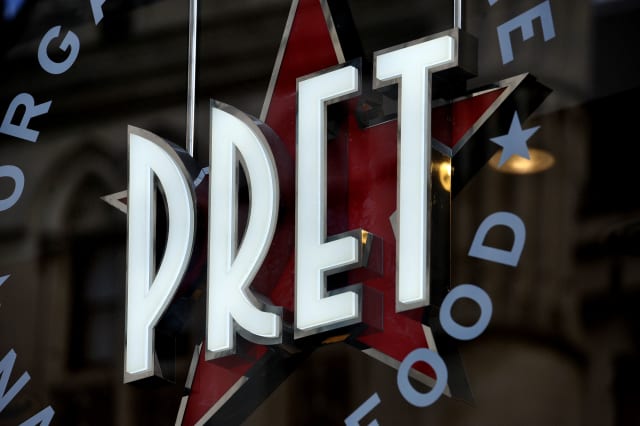 The family of a second person thought to have suffered a fatal allergic reaction to a Pret A Manger sandwich has demanded to know “why she died after eating lunch”.

Avon Coroner’s Office said the 42-year-old from Melksham, in Wiltshire, died at the Royal United Hospital in Bath, that inquiries were continuing and no date had yet been fixed for a full inquest hearing.

On Monday a statement from her family said: “We have kept a dignified silence since the death of Celia in December last year as the family has come to terms with her sudden and unexpected death.

“We are also awaiting the outcome of the investigations into how she died.

“She was a much-loved mother, daughter, sister and wife. We miss her greatly and we just want the answers to why she died after eating lunch with her family.”

Family pictures show Mrs Marsh at her wedding with widower Andy and alongside four of her five daughters at a Christmas meal.

Michelle Victor, from law firm Leigh Day, said lawyers are working with relatives to get “the answers they so dearly need”.

Mrs Marsh is thought to have suffered the reaction after eating a “super-veg rainbow flatbread” containing a yoghurt which was supposed to be dairy-free but was later found to have traces of dairy protein in it.

The firm blamed by Pret A Manger for supplying the yoghurt hit back at the food chain on Sunday, describing its claims as “unfounded”.

But CoYo denied the recall was linked to Mrs Marsh’s death and accused Pret of hampering its own probe by failing to provide vital information.

Details of Mrs Marsh’s death emerged as Pret was facing scrutiny over the case of 15-year-old Natasha Ednan-Laperouse, who was allergic to sesame and died after eating one of its baguettes.

Mrs Marsh died after buying a sandwich in a Pret store in Stall Street, Bath.

Pret said it had been “mis-sold” a guaranteed dairy-free yoghurt by CoYo that was found to contain dairy protein.

CoYo, a coconut milk brand that has been endorsed by TV cook Nigella Lawson, recalled some yoghurts in February.

But on Sunday, CoYo denied this was related, saying that product was supplied to it in January – after the woman’s death.

“The dairy-free product we provided to Pret in December 2017, at the time of this tragedy, is not linked to the product we recalled in February 2018,” a spokeswoman said.

“Pret’s inability to provide us with a batch code, despite several requests, has severely limited our ability to investigate this further.”

Bath Council alerted Pret to the incident and the chain said on Saturday it then withdrew all affected products, ended its CoYo contract and launched legal action.

Pret announced last week that it will include full ingredient labelling on all of its products and the Government is considering a law change after the death of Natasha, from Fulham, south-west London.

Natasha’s parents, Nadim and Tanya Ednan-Laperouse, have since campaigned for allergy awareness and a change in food labelling laws.

“We were incredibly saddened to learn of someone else losing their life from allergens in their food,” they said in a statement on Sunday.