MSPs to consult on making misogyny a hate crime 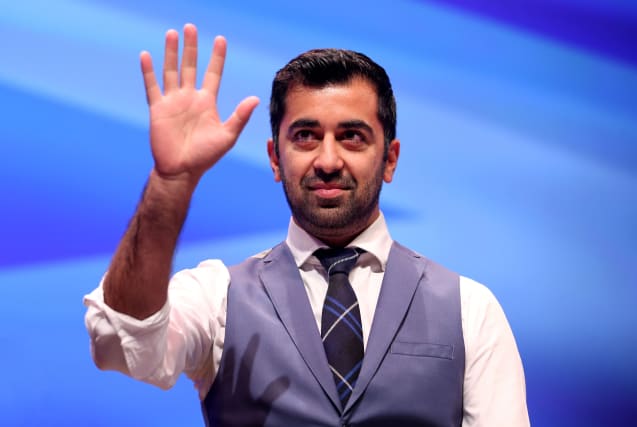 People in Scotland will be consulted on whether misogyny should be treated as a hate crime.

Justice Secretary Humza Yousaf announced whether or not to create a specific offence of misogynistic harassment would be part of the government’s hate crime consultation.

He made the announcement in his address on the first day of the SNP conference in Glasgow as he told the audience he faces hate crime “weekly”.

Mr Yousaf said: “Hatred isn’t directed only to minorities – ask any woman that.

“To my fellow men in the audience, we have to stand up and be counted in the fight against misogyny.

“If we are simply passive then we are just part of the problem and I very much hope to be a part of the solution as the Justice Secretary.

“Misogyny is so ingrained, so normalised within our society, so structural within our institutions it needs some radical action to tackle it.

“Conference, I can therefore confirm in our consultation on hate crime I will ask a specific question on whether to make hate motivated by misogynistic harassment an offence, just as hatred based on religion and race is.

“We will send a signal that Scotland has a zero tolerance approach for hatred directed towards women.”

Campaigners had voiced disappointment when Lord Bracadale’s hate crime inquiry did not include a recommendation to create a specific offence of misogynistic hate crime.

Opening up on his own experience of hate crime, Mr Yousaf said tackling it is a “personal mission” for him.

He said he is comfortable with his identity as a Scot with Pakistani heritage and now, unlike when he was growing up as an Asian man in Glasgow, there are no longer parts of the city where he feels he cannot go.

“But that doesn’t mean I haven’t been the victim of hate,” he added.

“Including unfortunately from elected Labour councillors. I face it on a weekly basis, in one way, shape or another.”

Labour councillor for Dumfries and Galloway Jim Dempster said in a meeting with Transport Scotland officials, if then-transport secretary Mr Yousaf had visited the region, “no-one would have seen him under his burka”.

He apologised, was suspended and has been referred to the party’s National Constitutional Committee following an internal investigation.