Sterling boosted by hopes of a Brexit breakthrough 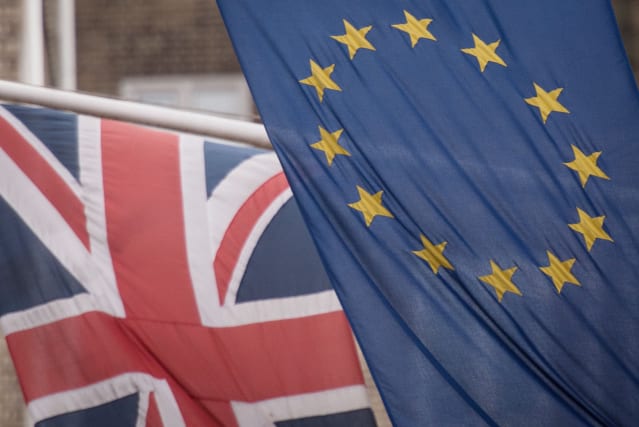 The pound climbed higher amid hopes of an imminent Brexit breakthrough on Friday, putting pressure on top-flight stocks in London.

Negotiators told diplomats that a deal to solve the Irish border issue is now “very close”.

“The US released a mixed non-farm payrolls report and the yields remain reasonably high, and traders are worried it could put pressure on emerging market economies,” he said.

“The administration in Rome are keen to press ahead and increase the budget deficit in the near-term in an effort to ramp up economic activity.”

Investors in FTSE 100 companies had reason to celebrate on Friday as Unilever bowed to pressure from shareholders and scrapped plans to move its corporate headquarters from London to Rotterdam.

It follows pressure applied by several shareholders over the past few weeks.

Had the move gone ahead, Unilever’s shares were unlikely to have continued trading on the FTSE 100.

Shares in shopping centre landlord Intu rocketed following confirmation that a consortium of investors is mounting a multibillion-pound takeover of the company.

John Whittaker’s Peel Group is leading a group consisting of Saudi Arabia’s Olayan and Canada’s Brookfield in a bid to take control of Intu.

But on the junior market, shares in retailer Quiz plummeted after it became the latest retailer to warn over profits as poor trading and the collapse of House of Fraser hit sales.

The group said full year earnings are expected to come in at £11.5 million, down from previous estimates of £15.5 million.

For the six months ended September 30, earnings will be “no less” than £5.5 million pounds, £1.5 million lower than previous expectations.

A barrel of Brent crude oil was trading down 0.55% at 84.38 US dollars. Despite the small dip, Fiona Cincotta, a senior market analyst at City Index, said the recent rally – which has seen Brent hit a four-year high – was unlikely to stop yet.

She said: “The fundamental picture does not really provide an argument for much higher oil prices even though Iran sanctions are due to kick into action with a month, but the market has now talked itself into this argument and the rally is unlikely to come to an end until the sanctions fully play out.”