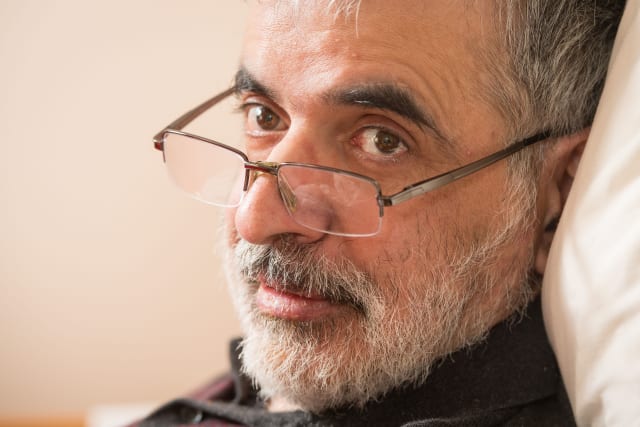 An incurably ill man who ended his life in a clinic in Switzerland was enduring “a living hell”, according to his lawyers.

The 54-year-old man, who can only be identified as Omid T, died at a Lifecircle clinic on Thursday, Bindmans LLP confirmed.

The legal firm said in a statement: “Omid died peacefully and contentedly knowing that his suffering was about to end and that he would be released from the living hell which he had been in for several years.”

Omid,  a former property developer, was diagnosed with multiple systems atrophy in 2014 and was effectively bed bound for more than two years.

The rare nervous system disorder causes problems with balance, movement and the autonomic nervous system that controls functions including breathing and bladder control.

Omid was awaiting the outcome of a legal challenge launched in March 2017 against the UK’s ban on assisted dying.

She said in a statement: “Omid T was a very courageous man. I saw him shortly before he went to Switzerland and he told me that he could not bear living any longer and wanted nothing to get in the way of him having a peaceful and dignified death.

“I regret that Omid did not receive the legal resolution he wished for and deserved.”

Two campaign groups that supported Omid’s UK legal challenge paid tribute to him and called for a change in the law on assisted dying in the UK.

“All Omid wanted was a peaceful end, given his hopeless situation.

“Sufferers like Omid deserve the option of a medically assisted death if that is their well-considered, persistent choice, when there are no other acceptable alternatives.”

Humanists UK said it was a “tragedy” and “national scandal” that Omid was not allowed to die in the UK.

Chief executive Andrew Copson said: “We are deeply saddened by the death of our member Omid T, who ended his life with medical assistance at Lifecircle in Switzerland today.

“It is a tragedy, and also a national scandal, that Omid had to go to Switzerland to die with dignity.

“His desire was for a peaceful ending to his life here in England and his case underscores the need for our Parliament to allow people in his position the dignity of choice in their own country.

“Our deepest condolences are with his family, friends, and everyone else who was touched by his life.”