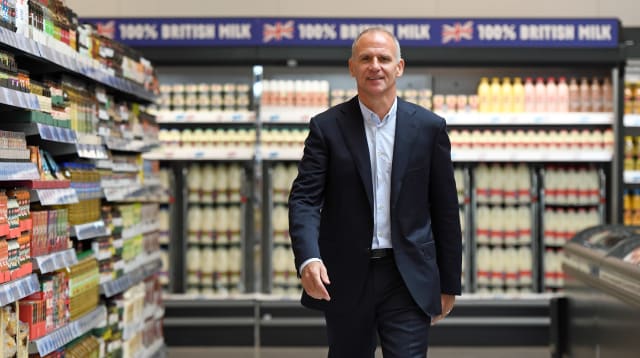 Tesco trailed the FTSE 100 on Wednesday after a set of results which came in under market expectations.

But the supermarket’s plunge did little to hold back London’s blue-chip index which finished the day higher.

The company hailed a “good start to the year” after UK and Ireland like-for-like sales rose 3.8% in the first half to August 25, with a marked improvement to 4.2% over the last three months.

Russ Mould, AJ Bell investment director, said there was a risk that the company is “still too complex”.

“The Booker deal is clearly designed to drive both sales growth and margins across the group while the launch of the new Jack’s chain is designed to tackle the threat posed by the discounters head on,” he said.

“Yet both initiatives will keep management very busy at a time when competing in the UK grocery market with Morrison, Sainsbury and rival online offerings is a full-time job in itself.”

Meanwhile shares in Aston Martin hit the skids on their first day of trading on the London Stock Exchange.

Funding Circle, which also began its first official day of full trading Wednesday, held steady after losing more than 20% of its value in conditional trading.

Shares closed at 365p, just 1p lower than Tuesday’s close but well below the IPO price of 440p.

In the US the Dow Jones reached a new all-time high on the back of strong economic data.

Analysts said that sterling had benefited from a well-received speech by Prime Minister Theresa May at the Conservative Party Conference.

But Hamish Muress, a currency analyst at OFX, said the reaction was “not as pronounced” as recent movement observed in the pound after political developments.

“However, with the deadline for a Brexit agreement approaching and such a small government majority, volatility in the pound will almost certainly increase as negotiations continue,” he said.

The price of oil remained high, with a barrel of Brent crude trading near a four-year peak at over 85.3 US dollars.

Russia’s President Vladimir Putin on Wednesday blamed US sanctions on Iran for the rise, though his American counterpart Donald Trump has said the actions of Opec are behind the surge.