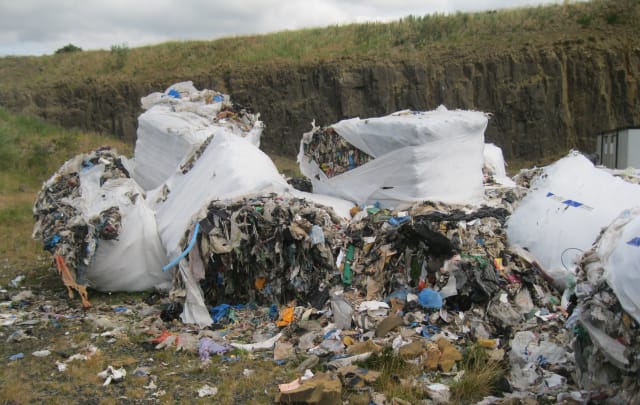 Road stops are being carried out as part of a new crackdown on illegal dumping in Scotland.

Waste crime costs an estimated £600 million a year, including the illegal transport and dumping of waste in Scotland.

Hauliers travelling from across the UK are among those believed to be responsible, the Scottish Environment Protection Agency (Sepa) said.

Sepa is working with police forces across Britain and the English, Welsh and Northern Irish environment agencies as part of the £3.8 million Life Smart Waste project.

As well as a series of road stops, it also includes site visits and awareness-raising activity with hauliers.

“Intelligence gathered by the LIFE SMART Waste project indicates that waste is being hauled from England and Wales and illegally deposited in Scotland,” she said.

“Several companies are known to be involved and many of these are under investigation by SEPA’s Waste Crime Investigation Team for criminal offences.

“There are also indications of serious and organised crime group involvement in the transport, sale and disposal of illegal waste – so it’s vital that we work with partners across the UK to tackle this issue.

“Waste crime will not be tolerated and SEPA will, with its partners, pursue and take proportionate action against those who seek to profit from waste crime.”

Road stops have so far been carried out last month in Dumfries and Galloway targeting lorries and vans travelling to ferry crossings to Northern Ireland, and also in Gretna.

These road stops also aim to gather intelligence on metal theft, which is estimated to cost the UK at least £220 million a year.

It has been illegal in Scotland since September 2016 to trade scrap metal for cash or accept scrap metal without verifying the identity of the seller.

Similar laws are in place across England and Wales and Northern Ireland.