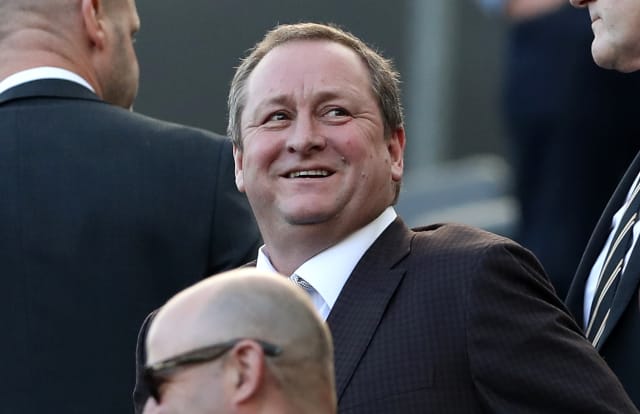 The Sports Direct tycoon bought the company out of administration for £90 million in August, claiming that he wanted to turn the department store chain into the “Harrods of the high street”.

In an announcement to the London Stock Exchange after market close on Monday, Sports Direct said: “Following the collapse of House Of Fraser on August 10 2018, and subsequent calls for an investigation into the circumstances of that collapse, the company today announces that we have dismissed the former directors and senior management of House Of Fraser.”

Among those being axed include chief executive Alex Williamson. Chairman Frank Slevin has already stepped down.

Mr Ashley has previously called for an investigation into the retailer’s controversial demise.

Prior to the Newcastle United man taking over, House Of Fraser was owned by Chinese conglomerate Sanpower.

Laith Khalaf, senior analyst at Hargreaves Lansdown, said that Mr Ashley now has a “big job” on his hands.

“Now there is an obvious question about whether he is throwing the baby out with the bathwater, is there some expertise in there and some knowledge in the business that could have proved useful and ultimately the test of that decision?” he said.

“Let’s not forget this is a company that fell into administration.

“Stores on the high street are clearly open and trading but behind the scenes this is a company that is still in difficulties, and Mike Ashley and Sports Direct have a big job on their hands.”

Meanwhile, Mr Ashley remains locked in talks with landlords about rents as he aims to keep the bulk of House Of Fraser’s 58 stores open.

But he has been unable to save outlets in Edinburgh, Hull and Swindon after landlords refused to agree to new terms, with Mr Ashley labelling them “greedy”.

Patrick O’Brien, UK retail research director at GlobalData, said that for House Of Fraser’s management, the “writing was on the wall”.

“The writing was on the wall as soon as Mike Ashley made his criticisms and called for an investigation at the time that he took over.

“There’s already reports of pushing some Sports Direct goods into House Of Fraser, which doesn’t really fit with the ‘Harrods of the high street’.”

“Everything has been up in the air for quite some time, it’s out of the frying pan and into the fire  for staff.

“It was very disruptive throughout the ownership of Sanpower, and then all the wheeling and dealing in selling to the other Chinese company, that falling through, slipping into a CVA, then administration and now Mike Ashley.

“For them, it’s almost business as usual for a lack of visibility for how things will change.”