Home Secretary jokes about lack of realism in BBC’s Bodyguard 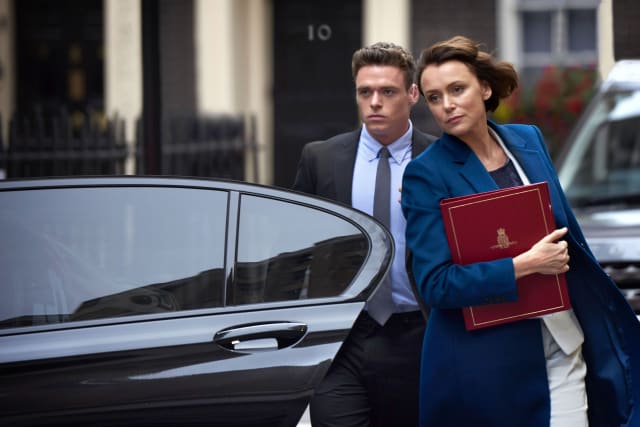 The Home Secretary opened his main stage speech at the Conservative Party conference on Tuesday by touching on the popular television series, which starred Keeley Hawes and Richard Madden.

Speaking in Birmingham, Mr Javid said: “Now I know the question on your mind so let’s just deal with it upfront – yes, I did watch Bodyguard.

“No, it wasn’t very realistic. For a start, my codename is not Lavender – and she didn’t even do the power stance.”

Mr Javid is among a number of Tory politicians who have been mocked for adopting an unusually wide stance for photographs.