Aldi has confirmed plans to open 130 new stores in the UK over the next two years after sales hit a record high in 2017.

The German grocer said the move will create 5,000 jobs, while helping it move towards a previously set target of 1,000 stores by 2022.

The network will be supported by plans for three warehouses in Sheppey in Kent, Sawley in Derbyshire; and Bedford, as well as the extension of existing distribution centres in Darlington and Bathgate in West Lothian. 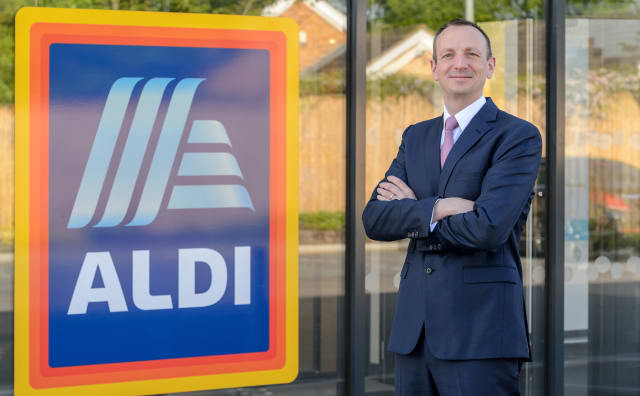 The store expansion announcement came as Aldi revealed that sales grew 16.4% across the UK and Ireland to a record £10.2 billion in 2017.

Giles Hurley, chief executive of Aldi UK and Ireland, said the supermarket's investment signalled its "continued commitment to growing responsibly in the UK".

"That means having a positive and lasting impact on the economies where we operate and improving the lives of British people," he added.

"In 2020, Aldi will have been serving British shoppers for 30 years. In that time, we've become part of the fabric of British life.

"We're proud to be reaffirming our commitment today."

The grocer also outlined plans to boost its range of British suppliers, who already account for its core range of meat, eggs, milk butter and fresh meat.

Aldi said it currently spends more than £100 million each week with more than 1,000 local suppliers.

It now accounts for 7.6% of all UK grocery store spending, according to Kantar Worldpanel data.

The results come as UK grocer Tesco tries to take on discounter Aldi and its German peer Lidl with the launch of its new store format Jack's.

Aldi and Lidl have eaten into the market share of Britain's so-called "big four" supermarkets.

Tesco plans to open up to 15 Jack's branches over the next year.

Mr Hurley said: "Savvy customers know they can swap and save with Aldi, thanks to great quality products at lower prices.

"This is happening on a massive scale, with more than 1.1 million new customers shopping with us throughout 2017.

"While other grocers introduced more complexity into their businesses in their struggle to win back customers, we stuck to our guns and focused on doing what Aldi does best – buying smart, staying lean, improving quality and keeping prices low."