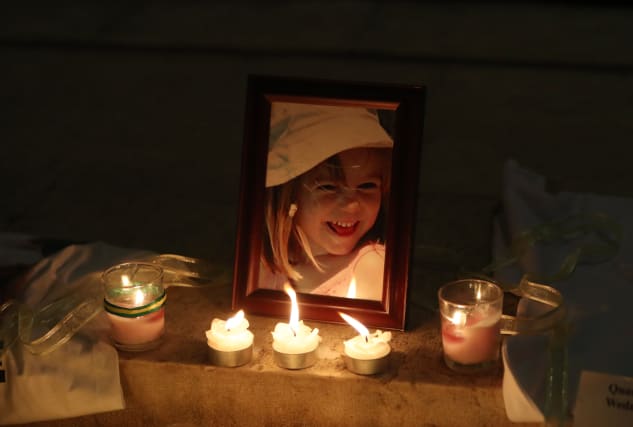 The father of Madeleine McCann has recalled his heartbreaking memories of the night his daughter disappeared 11 years ago.

Gerry McCann described the "horror" and "disbelief" of realising the three-year-old was missing from the family's holiday apartment in Portugal in May 2007.

Admitting that he rarely thinks of those moments because they are too painful, he told of his "almost feral reaction" as he became convinced that his daughter had been abducted.

Speaking on BBC Radio 4, he said: "Kate was screaming, 'Madeleine's missing, she's gone'. And I was like she can't be gone.... and (I remember) running in and checking the bedroom but obviously she wasn't there."

He described his desperate search of the family's apartment in the resort of Praia da Luz, even looking under the kitchen sink and in cupboards for any sign of his daughter.

"It was disbelief that she said Madeleine was missing," he added. "Disbelief, shock, horror and then panic and terror. Because I could only think of one scenario at that time...I was sure she'd been abducted."

Mr McCann said the family had quickly raised the alarm – but soon became consumed by an "overwhelming feeling of helplessness".

"I remember being in the bedroom, distraught. The two of us being completely distraught," he said.

"I couldn't get the darkest thoughts out of my mind, that somebody had taken her and abused her.

"I remember being slumped on the floor and starting to call some of my family members and just saying: 'Pray for her'."

Earlier this week, the Home Office confirmed it was considering an application from Scotland Yard for more funding to continue the hunt for the youngster.

In a blog published on Wednesday, it said: "We have received and are considering a request from the Metropolitan Police Service to extend funding for Operation Grange until the end of March 2019.

"The Home Office maintains an ongoing dialogue with the MPS regarding funding for Operation Grange."

Scotland Yard launched Operation Grange in 2013 after a Portuguese inquiry failed to make any headway.