Super Saturday – how the final battle for Sky will be fought 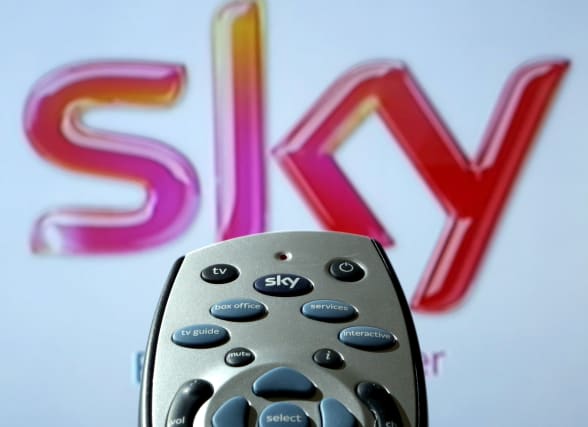 The battle to seize control of Sky will be settled in a quick-fire auction finishing on Saturday night, with 21st Century Fox and Comcast slugging it out in a weekend bidding war.

Here we look at the key questions in a complicated takeover saga and what it means for Sky customers.

– Why are 21st Century Fox and Comcast fighting it out to snap up Sky?

Fox owner Rupert Murdoch has long wanted to seize full control of Sky, having previously made an attempt to buy it out in 2011.

But his latest move to buy the remaining 61% stake not already owned by Fox is part of a much bigger picture.

Since Fox made its original £11.7 billion bid in December 2016, it has agreed to sell a major chunk of its business including the existing 39% Sky stake to US film behemoth Walt Disney.

If it wins out on Saturday night, then Disney will ultimately take full ownership of Sky when it closes its own takeover of the Fox assets.

Media and telecoms group Comcast – which owns NBC Universal and is the largest cable operator in the US – has also entered the fray with a rival bid for Sky.

– Why does Comcast want Sky so much?

If Comcast wins, it will become the biggest pay TV provider in the world, with around 52 million customers, adding Sky’s 23 million subscribers to its own customer base.

Adding Sky’s operations would also allow it to diversify its revenue base, as more US customers desert cable for cheaper streaming options from the likes of Netflix and Amazon.

It would also expand its footprint across the UK, Germany and Italy, plus it would add Sky’s prized rights to show Premier League football, which it recently won at a knockdown price.

For Disney, securing Sky would give it an immediate major presence in the direct-to-consumer business and is a smart bet for expanding into Europe.

– How do Amazon and Netflix fit into all of this?

Disney and Comcast are under pressure from the rise of cheap streaming and exclusive content as tech upstarts Netflix and Amazon grow at impressive rates.

Adding Sky and Fox’s assets would give them greater scale to fend off the challenge.

But it is still only a minor boost in comparison, with Netflix now boasting 118 million subscribers worldwide.

– What about the UK Government and its concerns over the Fox bid?

Fox has faced heavy scrutiny from the Government and competition watchdogs over its Sky takeover plans, while Comcast’s bid has been cleared by regulators.

The former UK culture secretary Matt Hancock has said Fox would have to sell Sky News to secure approval for the deal and address concerns over media plurality, given that the Murdoch family also owns News Corp – the publisher of a raft of newspapers including The Sun and The Times.

Under its plans to offload Sky to Disney, Fox has pledged to provide a Disney-owned Sky News channel with funding of at least £100 million a year for 15 years.

The Government also intervened in Mr Murdoch’s last move to take control of Sky in 2011 through News Corp, although he had to drop the bid amid the phone-hacking scandal that led to the ultimate closure of his News of the World tabloid.

– What will a Sky takeover mean for subscribers?

The firms have yet to reveal their plans for Sky, but it is thought unlikely there will be big changes, given that the company is performing well.

There may be extra investment in digital services at Sky, but at this stage it is unclear if there will be any immediate change to prices, though there could be access to wider services through tie-ups with Disney or Comcast.

– What about Sky News?

Comcast has already said it plans to agree a raft of legally binding commitments over Sky and its investment in the UK, in particular for Sky News.

Fox has had to agree to divest Sky News, but likewise has pledged Disney funding for at least 15 years, which suggests there should be little impact on the 24-hour news service.

– How will the auction process work?

The Takeover Panel, which governs the way listed companies conduct deals, will begin a three-stage process at 5pm on Friday.

In the first round of bidding, which will take place on Saturday, Fox will make the first bid as it currently has the lowest offer.

Comcast will have a chance to respond in the second round, with the knowledge of Fox’s bid. If there is no increased bid, then the auction will end.

If there is, then the final round will see both parties have a chance to raise their offers.

In the event that Fox and Comcast offer the same price for Sky, then the broadcaster’s independent directors will be left to declare the winner.

The panel will declare the result on Saturday evening.