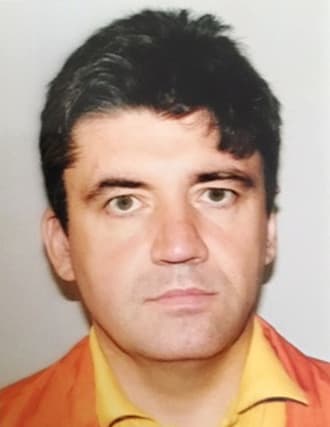 The coroner examining the mysterious death of a wealthy Russian whistleblower has been urged not to “brush away” the possibility he was poisoned.

Alexander Perepilichnyy, 44, collapsed and died while jogging near his home in Weybridge, Surrey, in 2012.

Over the past year-and-a-half, Coroner Nicholas Hilliard QC has been examining whether the businessman was murdered with poison or died of natural causes.

The inquest has heard how the married father-of-two had appeared on a “hit list” in Moscow before his death.

Around that time, Mr Perepilichnyy had been helping UK-based campaigner Bill Browder’s Hermitage Capital Investment to expose a 230 million US dollar (£142 million in November 2012) money-laundering operation.

And, a month before his death, he had fought off a legal challenge by a debt recovery firm allegedly led by the prime suspect in the Alexander Litvinenko poison case, Dmitry Kovtun.

Extensive tests have failed to identify any poison in Mr Perepilichnyy’s body, although experts could not categorically rule out a toxin or even Novichok, which was used in the Salisbury case.

Surrey Police has faced criticism over its handling of the investigation and during the inquest it emerged that the contents of Mr Perepilichnyy’s computer was lost.

However, Detective Superintendent Ian Pollard, of Surrey Police, has insisted there were no signs of “third party involvement or foul play”.

As the inquest resumed at the Old Bailey for the last time before its conclusion, Mr Browder sat at the back of the court behind his lawyers.

The coroner resisted calls for disclosure on whether Mr Perepilichnyy was in contact with British intelligence after a Government application for secrecy in the national interest.

He explained the material was “minimal” and did not help him answer the question of how Mr Perepilichnyy died.

In a closing statement, Bob Moxon Browne QC, for Legal and General, objected to the proposition that poisoning could be ruled more unlikely than the rare sudden adult death syndrome (SADs).

He said “It is certainly not lawful to say poisoning is unlikely and therefore death by SADs is likely.”

Mr Moxon Browne quoted Sherlock Holmes’ maxim that “Once you eliminate the impossible, whatever remains, no matter how improbable, must be the truth”.

But he said the Perepilichnyy case was still “bristling with unknowns”.

“CCTV was never interrogated. We do not know what phone calls Mr Perepilichnyy made.

“There are lots and lots of parallels as far as uncertainties are concerned.”

On the question of whether Mr Perepilichnyy died of an unascertained cardiac arrhythmia, the lawyer said: “You might decide that it is not at all probable that someone in perfect health never had any
symptoms or carried any genetic markers for this disability. In all those circumstances statistically it is an extremely rare event.”

He said it was “necessary to grapple with the circumstances of Mr Perepilichnyy’s life” to determine his death.

That included his connection with the fraud against Hermitage which provided a motive to kill him.

He said: “It is not a fanciful proposal that people might come from Russia with a view to harm someone they saw as the enemy.”

Henrietta Hill QC, for Hermitage, called for a full narrative verdict to conclude death was unascertained.

She highlighted “significant uncertainty” over tests for poisoning.

Ms Hill told the court there were “at least 10 poisons” that remain possible culprits, meaning it was not reasonable to exclude it as a cause of death.

She said there were “serious failings” in the Surrey Police investigation amid evidence Mr Perepilichnyy received threats and was linked to the fraud.

Ms Hill said there were 15 key failings in the police inquiry.

From the very start, police failed to classify the death as suspicious and missed opportunities to gather forensic and toxicology evidence, she said.

Police failed to gain evidence of Mr Perepilichnyy’s movements and analyse the threats.

She said actions were “locked down” and nothing done about the murder proposition.

She said there was “plainly a public concern”, particularly in light of events in Salisbury.

She highlighted a concern the officer in the case would not change his approach if it happened again on Surrey’s patch.

And there was a risk organised criminals “sanctioned by a foreign state” may think they could act with “impunity” if they were not properly investigated by British police, she said.

However, Fiona Barton QC, for Surrey Police maintained “there is insufficient evidence to support unlawful killing”.

Ms Barton said it was “totally inappropriate” to suggest people might think they could come to Surrey and “get away with murder”.

John Beggs QC, for Mr Perepilichnyy’s widow Tatiana, called for all the “florid” theories of murder and intrigue be put to bed for the sake of his children.

He accused Legal and General of having a commercial motivation and Hermitage a long established political reason for casting suspicion on his death.

He said: “The widow has asked me to record her distress that over what is almost six years, two very well funded commercial enterprises Legal and General, a household name, and Hermitage Capital Management, less well known have prolonged the progression of this case to almost the sixth anniversary of Alexander’s death.

“It must be obvious to them their conduct over this inquest has increased the distress not only to the widow but the two children.”

He accused lawyers for the two organisations of “promulgating and promoting” the most “florid” stories of murder and assassination.

He said there was no evidence to connect Mr Perepilichnyy’s death with the fraud in Russia.

There had been a “hit and run sniping at the good character of Mr Perepilichnyy either expressly or implied” when there had been no evidence of any criminality on his part, Mr Beggs said.

Peter Skelton QC said it was open to the coroner to conclude Mr Perepilichnyy died of natural causes or his death was unascertained.

The coroner adjourned the inquest to a future date when he will record his verdict.