High temperatures have sparked a sexual frenzy among spiders in Greece – causing the creatures to build a vast network of webs across a lagoon.

The lagoon in Aitoliko, Western Greece, is now shrouded in webs, burying vegetation in a mass of spider silk, filled with mating spiders and their young. 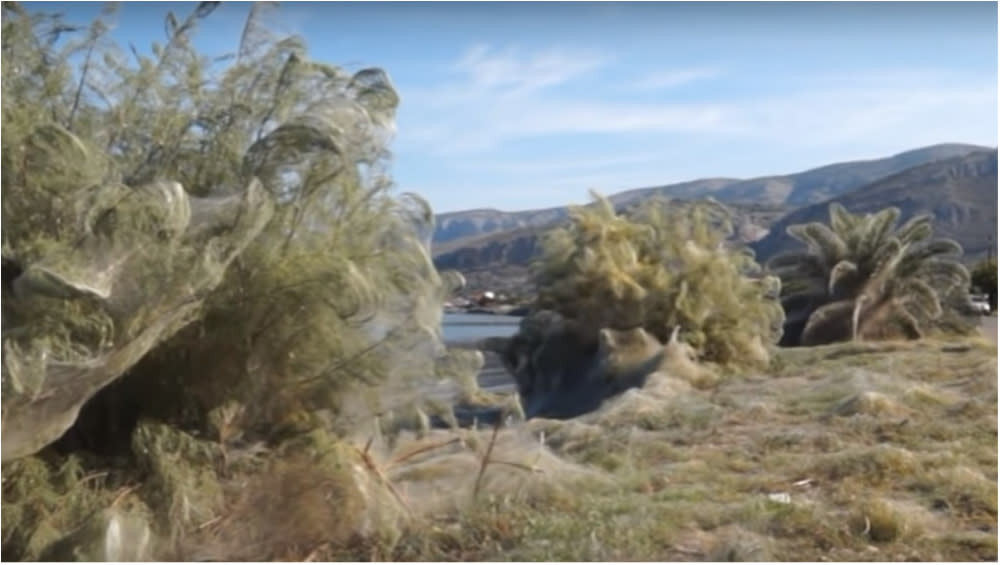 The Tetragnatha spiders – known as 'stretch spiders' – are known for building enormous webs for mating when it's hot and humid.

Professor Maria Chatzaki, at the Democritus University of Thrace said, 'It's as if the spiders are taking advantage of these conditions and are having a kind of a party.

'They mate, they reproduce and provide a whole new generation.'

'There are huge numbers of male and female spiders mating. The spiders will have their party and will soon die.

Local man Giannis Giannakopoulos shared images of a 'huge veil' of spider webs – saying that the spiders seemed to be catching and eating a lot of mosquitoes.